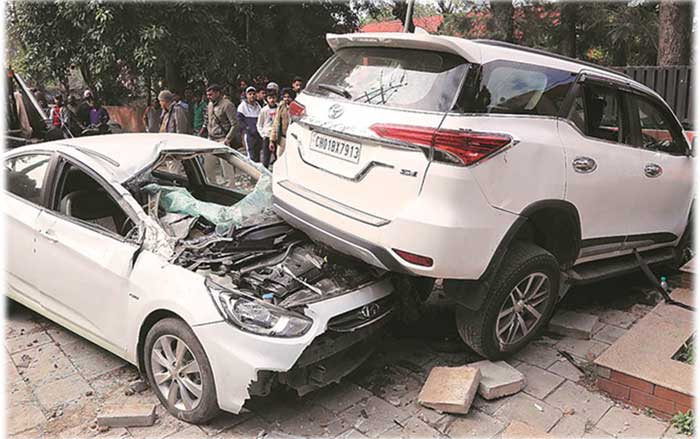 A freak road accident was reported in the city when a Toyata Fortuner car driver had a seizure and he lost control over the vehicle, hitting two stationary vehicles, police said on Tuesday.

However, no one was injured in the accident.

The Toyota Fortuner flung into the air. The incident happened in Sector 37 and it was recorded in the CCTV cameras installed in the locality.

The footage of the incident became viral after the accident.

The police said a compromise was signed among vehicle driver Rajinder Singh and the onwners of damaged cars.  (Agency)