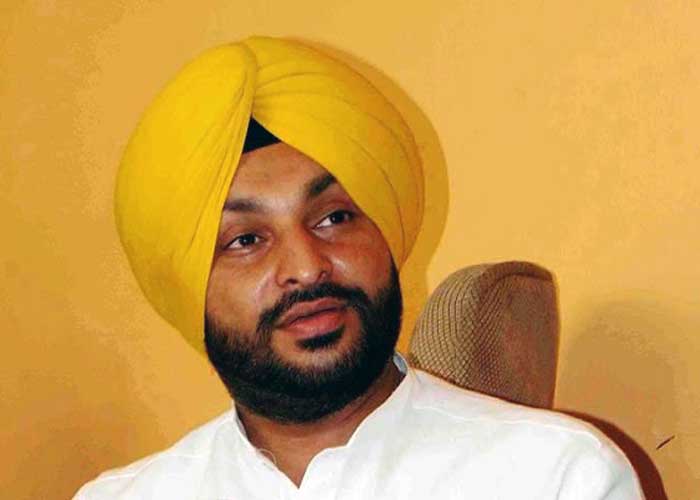 Ludhiana MP Ravneet Singh Bittu today said that the suspended DSP Balwinder Singh Sekhon is clearly working on the behest of their political opponents. In a press statement issued here today, Bittu said that DSP Sekhon is a mere pawn in the hands of Akali-BJP leaders and is working as per their whims and fancies.

He said that DSP Balwinder Sekhin has a single point agenda of having a negative approach towards any person who wants to carry out development of Ludhiana.

He said that DSP Sekhon’s press conference today is full of false statements and propaganda, that clearly shows that the suspended DSP was taking directions from his bosses in Akali Dal and BJP merely to defame Bharat Bhushan Ashu, who is known for his pro-development agenda.

MP Ravneet Singh Bittu further stated that DSP Balwinder Singh Sekhon is not new to controversies. “He has several FIR’s regarding printing of counterfeit currency notes, misappropriation of public funds, accepting bribe besides many more registered against him. And it is not for the first time that he has been suspended, as earlier he was intact dismissed from his post.

He even had close links with a former BJP state president and was a co-accused in an FIR registered against that BJP leader’s personal assistant in Ferozepur. This clearly shows that DSP Balwinder Singh Sekhon is working on behest of Akali-BJP leaders and is a mere pawn in their hands,” he alleged.

He alleged that everyone knows that DSP Sekhon had even misbehaved with a city resident over a parking issue and the video regarding the same had even went viral on social media. He also questioned the timing at which DSP Sekhon holds press conferences against Bharat Bhushan Ashu.

Bittu said that nobody is above the law and a police officer who has been time and again suspended for his public misconduct cannot shield behind this smokescreen he is trying to build with falsehood and vilification.