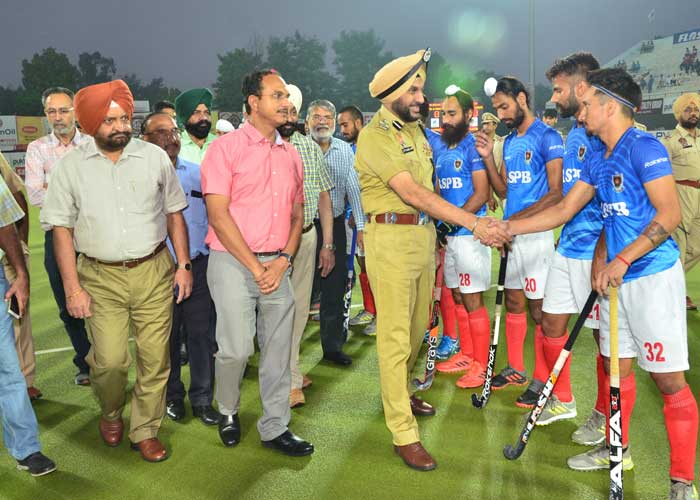 At half time Indian Railways was leading by 2-0. In 33rd minute Bank bounce back their Jaskaran Singh sounded the board to reduce the margin (1-2). In 49th minute Bank’s Satbir Singh scored the equalizer from the pass of Gautampal Singh (2-2). In 51st minute Railways once again took lead when Pardeep Singh Sandhu netted the ball (3-2).

In the last league match of Pool A ONGC Delhi and Indian Navy Mumbai locked at 2-2. ONGC took lead in 22nd minute with penalty corner conversion by Jagwant Singh (1-0)In 30th and 36th minute Indian Navy’s Pawan Rajbhar scored two goals in a row to get lead (2-1).

In 41st minute ONGC’s Amanpreet Singh equalized (2-2). With this win both teams earned one point each. After league matches both teams have 2 points and both teams are out from Semi finals.