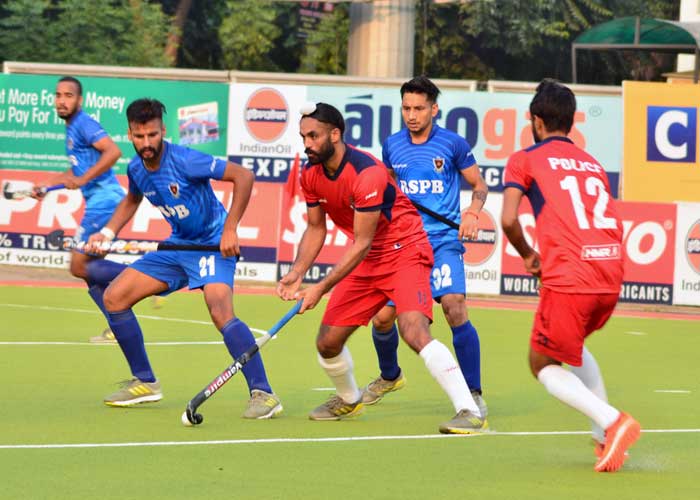 As this is league match both teams bagged one point each in other match Indian Oil Mumbai and ONGC Delhi also locked at 1-1. .

League first match was played on very fast note. First half of the game was goalless. In the third quarter of the match Punjab Police earned penalty stroke their International Player Sarvanjit Singh made not mistake to score first goal of the match. In the fourth quarter Pardeep Singh of Indian Railways converted the penalty corner in 55th minute as equalizer.

In the second match of the day Indian Oil Mumbai and ONGC Delhi played controlled game. First half was goal less. In third quarter ONGC got lead in the 35th minute when Sarbjit Singh sounded the board (1-0). Two minutes later Indian Oil equalized the equalizer comes from the stick of Talwinder Singh (1-1).