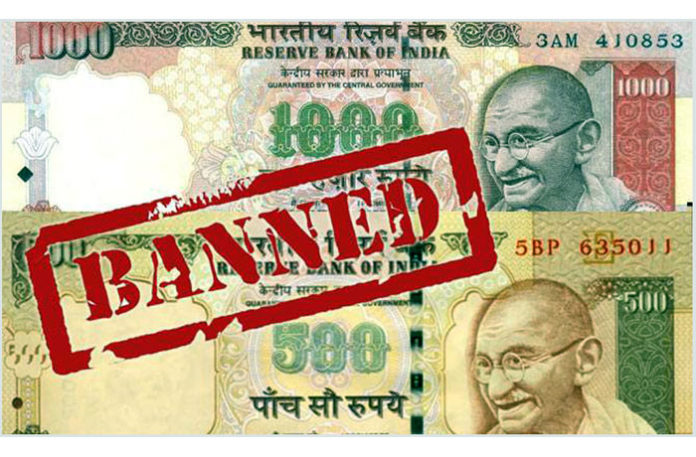 The Supreme Court has issued a notice to the Centre on a plea by a Tamil Nadu-based businessman who failed to deposit Rs 1.17 crore in scrapped currency notes within the stipulated time frame in December 2016.

The businessman moved the top court urging it to pass directions to the Reserve Bank of India and the Centre to accept the bank deposit.

Businessman K Raman, who hails from Madurai, contended in his petition that he had moved the Tamil Nadu Mercantile Bank in Tiruppur, which is the fifth largest urban centre in the state on December 30, 2016, seeking to deposit the money, but the officials at the bank refused to accept it.

Raman also contended that the cash is connected with funds linked to many cheques he had issued. He told the court through the petition that many cases have been filed against him after the cheques bounced due to insufficient funds. His petition has been tagged with other similar petitions in the apex court.

Raman said that since then he had written to the authorities including the Central Bank urging it to pass the requisite direction to the banks to accept his deposit.

Though the Reserve Bank of India responded to his plea last month, it refused to pass any direction to allow banks to accept the deposit of the banned currency.

On November 8, 2016, Prime Minister Narendra Modi had made a sudden announcement in a televised address to the nation informing about the decision to scrap Rs 1000 and Rs 500 currency notes from the monetary system. The decision led to a critical shortage of cash in the economy.

Although, the public was informed initially that it will get an opportunity to deposit the scrapped currency notes in the banks next month, the government passed a law in Parliament that terminated this window of opportunity on December 30.  (Agency)