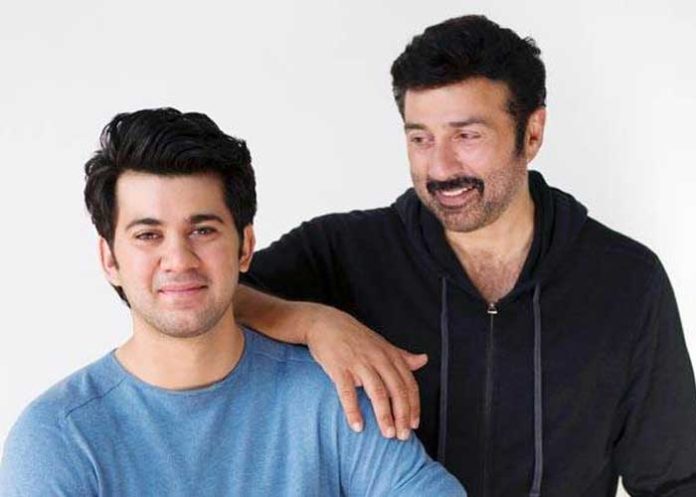 Sunny Deol’s son Karan looks all set to have a double debut in Bollywood — one as an actor and one as a rapper — when dad launches him in “Pal Pal Dil Ke Paas” later this year.

“Bekhayali” singer Sachet Tandon, one half of the singer-composer duo Sachet-Parampara, has been working hard on the soundtrack of the film, which marks the return of Sunny Deol as director after his 2016 release, “Ghayal Once Again”.

“He (Karan) is a good actor. He was involved (with the film’s music) at times. He loves music and raps sometimes,” Sachet told in a telephonic interview. “In fact, there is a portion of a song in which he has rapped. We are trying to retain it (in the film’s soundtrack).”

Karan showed his rapping skills on World Music Day, which was celebrated on June 21, with a short video he posted on Instagram. “Music has always been my go-to form of expression. Be it as a hobby or just to de-stress. Rapping to Jay-Z’s encore,” he captioned it.

“Pal Pal Dil Ke Paas” is a romantic drama, and the film’s title is a tribute to the evergreen song of the same title that Kishore Kumar sang for Sunny’s father in the 1973 movie “Blackmail”.

The new film, however, will not have a remix or recreation of that classic hit number, although remixes are a rage in Bollywood right now.

“We are not going to recreate ‘Pal pal…’ from Blackmail (in the new film). Our title song is an original, though the lyrics will feature those words because they form the title of our film. It is not a remix or a recreation,” he added.  (Agency)