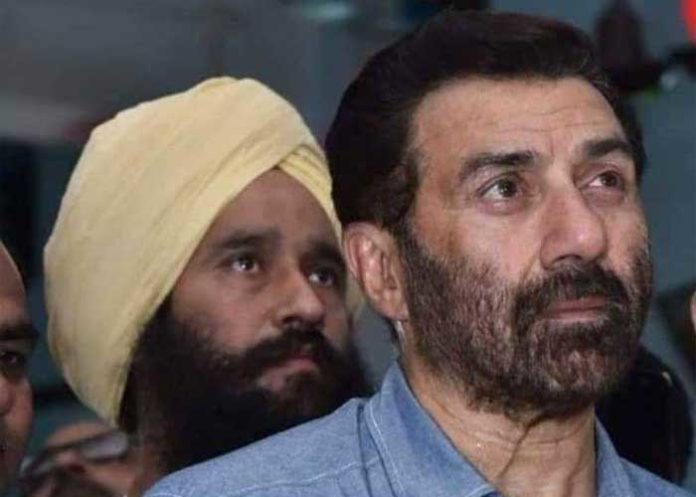 Sunny Deol, actor and first-time MP from Gurdaspur in Punjab, has triggered a row by appointing screenwriter Gurpreet Singh Palheri as his ‘aide’ to coordinate with government officials on his behalf. The decision has not gone well with the BJP and the public.

Many trolled the BJP lawmaker on social media, sharing hilarious memes and dialogues from his films to take a jibe at him.

Facing criticism, Deol on Tuesday came out with a statement by saying it was unfortunate to see a controversy being created out of nothing at all. Deol on Monday announced that Palheri will look after the affairs of his constituency on his behalf.

Party insiders said Palheri had also been authorised to take up issues related to Gurdaspur with Deputy Commissioner Vipul Ujwal.

“Palheri’s appointment is a clear-cut indication that he has been authorised to chair meetings, including review meetings of the Central government-sponsored schemes, on behalf of Deol,” a senior state BJP leader told.

“This is unfair of Deol as he is accountable to the people who voted for him,” he added.

Trying to justify the appointment, Deol in a tweet said he has appointed his personal assistant to represent his office in Gurdaspur. “This appointment has been made to ensure smooth flow of work whenever I am out of Gurdaspur to attend Parliament or travelling for work,” he tweeted.

“We have our entire party leadership in the constituency to look into matters who have my full support and vice versa.”

Deol clarified that he would do his best to serve his people to the best of his capacity.

Newly appointed Palhari has acted in Deol’s movies, including ‘Yamla Pagla Deewana’, ‘Ghayal Once Again’, ‘Son of Sardar’ and ‘Manje Bistre’ among others.  (Agency) 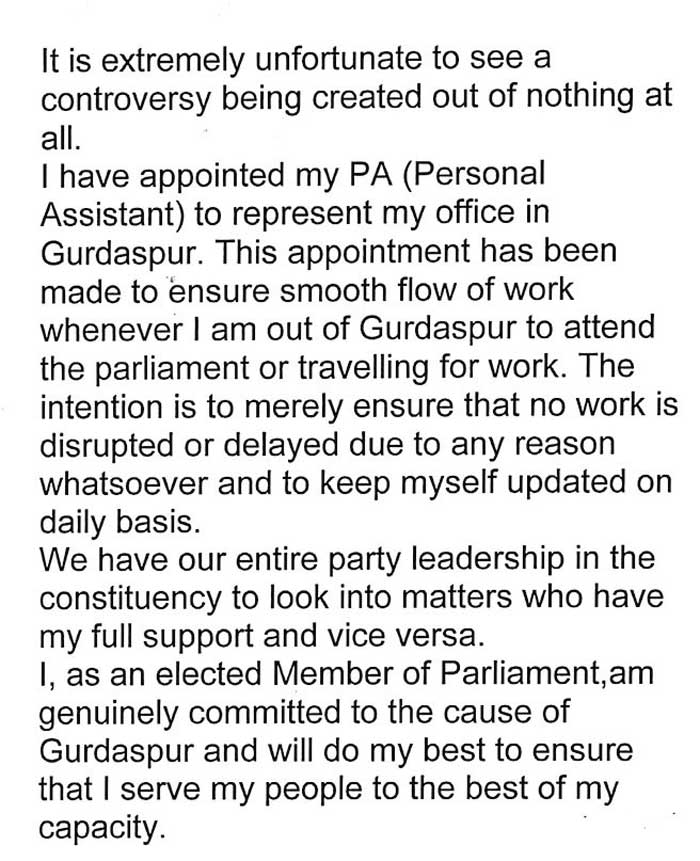