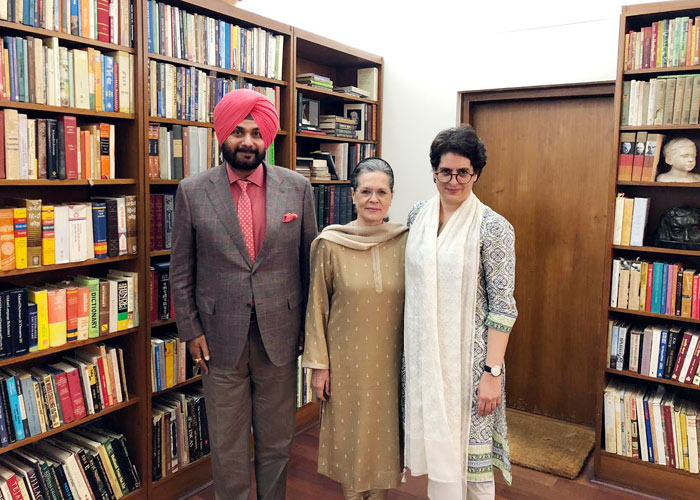 Sidhu, who had been lying low, since his ouster from Amarinder cabinet, today issued a Photograph and a Press Release informing that he was ‘summoned’ to Delhi where on 25th of February he had a 40 minutes long meeting with Priyanka Gandhi Vadra at her residence.

He said that on February 26, he met Congress President Sonia Gandhi and Priyanka at 10, Janpath for more than an hour.

According to Sidhu, he got a patient hearing and apprised the two leaders of the prevailing situation in Punjab along with the road-map to the resurrection and revival of Punjab back to its pristine glory.

“This road-map, I have persisted with conviction for the past many years in the Cabinet and public domain diligently,” he said.

Sidhu, who had been at loggerheads with Punjab Chief Minister Capt Amarinder Singh, after his eviction from the Cabinet, chose to lie low and curtailed his public appearances and his presence in the media.

His meeting with the two top leaders of the party comes after he decided not to join Congress campaign in Delhi despite being named as party’s Star Campaigner and also amidst the speculations that ‘not happy’ with the party, he may join AAP, if any offer comes his way.