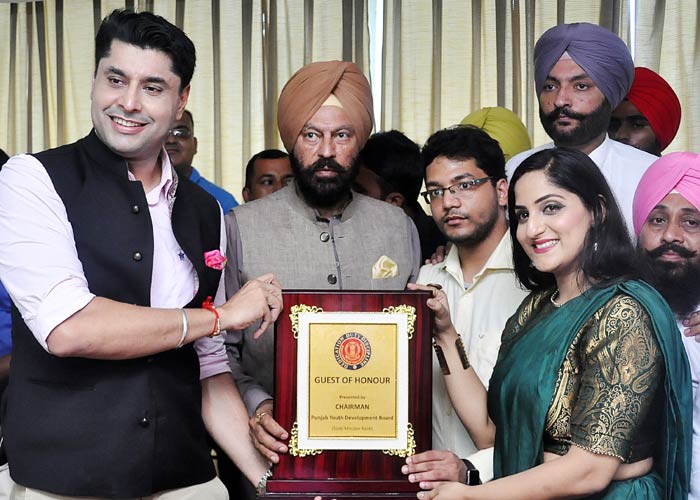 “The Punjab Government under the leadership of the Chief Minister, Captain Amarinder Singh is focusing on the channelizing the immense potential of the youth of the State by giving them adequate representation in different forums.” This was disclosed today at the Forest Complex, Sector-68 (Mohali) by the Sports and Youth Affairs Minister, Punjab, Rana Gurmit Singh Sodhi.

The minister further said that the Punjab Government has considered it an article of faith to empower the youth to the optimum extent so as to make them fully skilled in accordance with the changing demands as well as emerging trends in the industrial sector. Besides, the flagship initiative of the State Government ‘Mission Tandarust Punjab’ is aimed at ensuring the robust health of the people of the State especially focusing on the youth.

Another aim is to attract the youth towards taking up sports as a career as part of the mission of the State Government to transform Punjab again into a sporting powerhouse.

The Chairman of the Punjab State Youth Development Board Mr. Sukhwinder Singh Bindra on the occasion thanked the Chief Minister and the Sports and Youth Affairs Minister Rana Gurmit Singh Sodhi for reposing faith in him and assured that he would always work and dedicate himself wholeheartedly for the welfare of the youth of Punjab for they are the future of the nation.