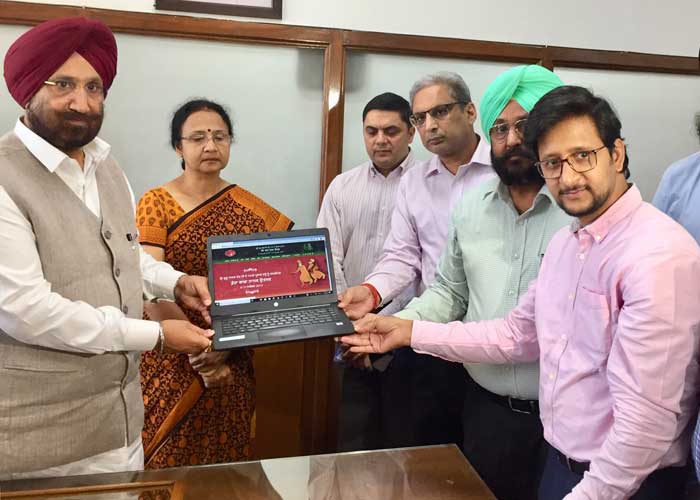 The Cooperation and Jails Minister, Punjab, S. Sukhjinder Singh Randhawa here today presided over a meeting with the top brass to take stock of the arrangements as well as the progress being made with regard to the Sri Kartarpur Sahib Corridor to be opened on the scared occasion of 550th Prakash Purb celebrations of Sahib Sri Guru Nanak Dev Ji.

Giving details after the meeting, S. Randhawa said that the opening of Sri Kartarpur Sahib Corridor on the historic occasion of the 550th Prakash Purb celebrations of Sri Guru Nanak Dev Ji, is a watershed moment for the entire ‘Nanak Naam Leva Sangat’ and the State Government would not leave any stone unturned to make these celebrations memorable.

He also said that the work on the Indian side of the corridor would be complete in all respects by 31st October. The State Government is fully geared up for the November inauguration of the corridor.

The minister also divulged that the sangat has started arriving in large numbers from now owing to the opening of the corridor. He also said that the entire town of Dera Baba Nanak is undergoing beautification and being accorded heritage look.

The minister further added that the preparations concerning the ‘Dera Baba Nanak Utsav’ to be celebrated from 8th-11th November were reviewed too and the website of the utsav was also released.

He elaborated that necessary directions have been given to the officers to ensure that the devotees face no problem. A tented city for stay of upto 5000 people besides a huge pandal with seating capacity of 30000 people is being prepared.

He also said that during the utsav, many literary, academic functions would also be held. On the occasion, the rare hand written 16 ‘Saroops’ of Sri Guru Granth Sahib specially brought from Punjabi University Patiala would be displayed for the devotees to have ‘Darshan’.