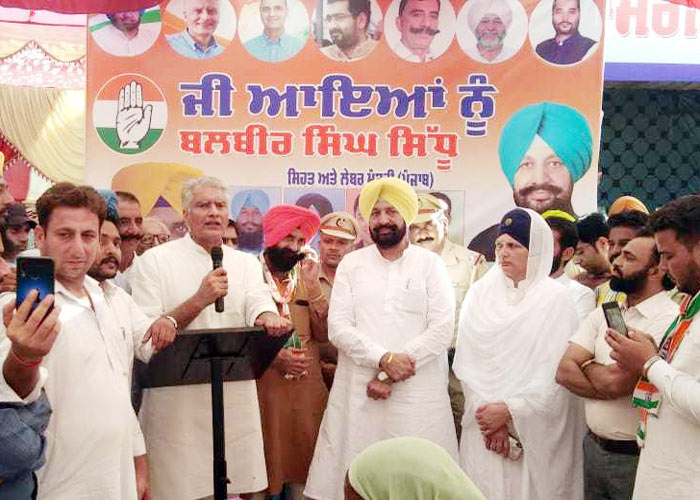 In a statement issued here today Mr. Jakhar reminded SAD supremo that India is a democratic country and here only voters have the power to elect their representative by exercising their right to vote.

Responding to the Akali Dal President’s remarks that both “registry and Girdawari” of Jalalabad constituency were in his name and he is “offering” the seat to his party candidate just for two year on lease basis, Mr. Jakhar said that people of Jalalabad assembly constituency will choose their representative. He said that this is not the SGPC President’s election where Badal family will decide, but the wise voters will decide who will represent them in Punjab Vidhan Sabha.

Mr. Jakhar said that Congress candidate Mr. Raminder Awla will win the by-poll with a huge margin. He said that during the last two and a half years, the Congress-led government in Punjab had implemented schemes for each and every section of society.

He said that the people of Punjab would strengthen the Chief Minister Capt Amarinder Singh by electing Congress candidates from all four assembly seats in the by-polls.

Sukhbir’s authoritarian statements candidly indicate that he will betray electorate in nine assembly segments of Ferozepur Lok Sabha seat who had overwhelmingly supported him. Equally, it will be betrayal for the communities which now vote for SAD candidate

He said that in the past, people in Jalalabad voted not for Sukhbir Badal but for the Deputy Chief Minister here, thinking that the development of the constituency would scale new heights, but he did not fulfill the tall promises on development. “During the miss-rule of SAD-BJP alliance state’s youth was made fall prey to drugs for mafia’s gains, while economy of state declined to the worst level.

People had shown the actual political status to SAD-BJP during the 2017 assembly elections, and now in the by-elections for four assembly seats voters will completely wash away the SAD-BJP from political scene of state”, he said.