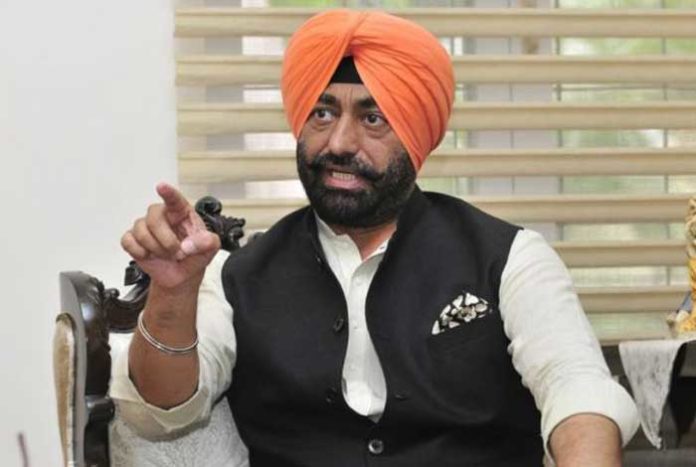 Khaira said although he severely condemns the fascist act of those responsible for committing this heinous crime against a Sikh family in Pakistan and demands immediate justice, but words such as violation of human rights, atrocities on minorities and injustice when used by feudals like Badals sound like an oppressor (Hitler) seeking justice for the oppressed(Jews).

Khaira said the Badals have lost all moral right to speak on injustice or atrocities on minorities due to their actions while in government and more recently for supporting abrogation of Article 370 in J&K, that has caused grievous injury to the psyche of Muslims particularly the Kashmiri’s. Khaira taunted the junior Badal of “trying to run with the hare and hunt with the hound”.

Khaira said by supporting such a draconian legislation in parliament both Sukhbir and Harsimrat Badal have become part and parcel of the fascist agenda of BJP,  to convert India into a “Hindu Rashtra” where minorities have no place.

Khaira while lambasting the Badal duo said that although what happened to a minor Sikh girl in Pakistan is highly condemnable but why is Harsimrat Badal being a cabinet minister silent on fanatic acts of mob lynching, killings by cow vigilantes, communal riots etc. across the country?

Why is she silent on the forcible abduction and sexual harassment of a young law student of UP by Swami Chinmayanand former BJP Minister, now under the scanner of Supreme Court?

Khaira said if these feudals are so much concerned about the plight of minorities in other countries, why did they not render justice to the two Sikh victims of Behbal Kalan firing under their nose?

Why did they remain mute spectators on the burning issue of sacrilege of Guru Granth Sahib during their tenure? Why didn’t they deliver justice to the families of victims like Shruti of Faridkot or the Dalit girl sexually harassed and later killed by their Orbit bus in Moga?

In the same breath, Khaira also castigated Capt. Amarinder Singh for seeking justice from an alien government, while his government is denying justice on daily incidents of rape, murder and buring issues like Bargari under his very nose.

Khaira said these traditional leaders particularly the Badals have become habitual liars and have no shame for condemning such actions of others, for which they too are responsible.

Khaira dared the Badal duo that if they are genuinely concerned about the plight of minorities, they must first oppose division of J&K into pieces and abrogation of Article 370, condemn the racial and fascist actions of BJP cadres be it mob lynching, communal riots, hate crimes etc.