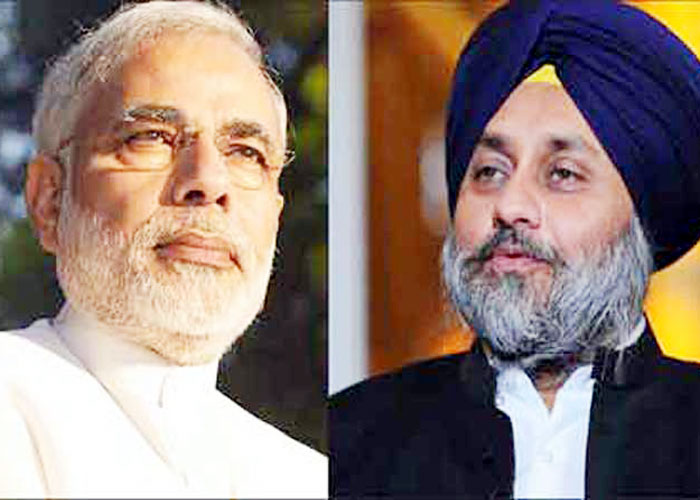 In a letter to the Prime Minister, the SAD President also urged Mr Narendra Modi to allow visa free pilgrimage to ensure those who do not possess passports could also access the Corridor. He said easy access should be given to the pilgrims while enforcing health protocols keeping in view the 551st birth anniversary of Guru Sahab on November 30.

Mr Badal said in his letter that there was an overwhelming sentiment in the Sikh community that the Kartarpur Corridor should be reopened at the earliest so that devotees could pay obeisance at Gurdwara Darbar Sahib as well as visit the hallowed area where Guru Sahib made a living practicing agriculture for eighteen years.

The SAD President said prominent pilgrimage sites across the world as well as in the country, which had been partially or fully closed due to the COVID-19 pandemic, had been reopened.

He said history was made last year when the Indian government decided to open the Corridor and the same was inaugurated by the Prime Minister on November 9 on the eve of the 550th birth anniversary of Sri Guru Nanak Dev. “Thousands of devotees visited the final resting place of Guru Sahab in the months following this before the Corridor was closed temporarily on March 16 this year.

I will be grateful if you could intervene in this matter considering that restrictions on paying obeisance at places of worship have been relaxed across the country. This will also be in keeping with the wishes of the Sikh community”, Mr Badal added.