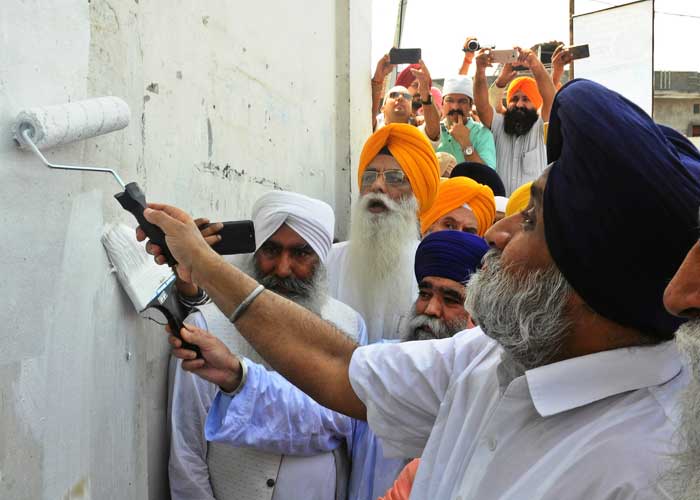 Shiromani Akali Dal (SAD) president Sukhbir Singh Badal today launched the party’s initiative to paint this holy city white on the eve of the 550th Parkash Purb of Sri Guru Nanak Dev ji by engaging in ‘sewa’ along with party leaders and workers.

This exercise was undertaken after the ‘bhog’ ceremony of the Akhand Path organised by SAD Patron S Parkash Singh Badal at Gurdwara Ber Sahab. The Sant Samaj and the Sikh Sangat unanimously entrusted the ‘sewa’ for ‘safedikaran’ of the holy city to the SAD on the occasion.

Talking to newsmen after launching the ‘safedikaran’ mission, the SAD president appealed to the Sangat to come forward to engage in ‘sewa’ both by making contributions as well as physically helping in the cause. Mr Badal disclosed that the entire city would be given a facelift through this exercise which would be completed in one and a half months.

He said as much as 1.5 lakh liters of paint would be used to paint around 3,700 houses as well as religious places, educational institutions and government offices. He said one crore square feet area would be painted in the city. 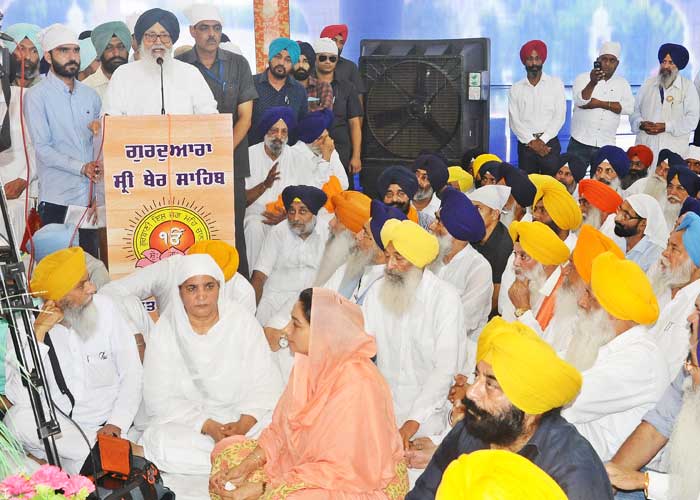 Requesting the Sangat to unite to make this holy city a white city, Mr Badal said SAD workers would also come in ‘Jathas’ to the city to participate in the ‘safedikaran sewa’. He said a five member coordination committee had also been formed for this purpose including Bibi Upinderjit Kaur, Bibi Jagir Kaur, Jathedar Tota Singh, Gurpartap Singh Wadala and N K Sharma.

Earlier while addressing the congregation after completion of the bhog ceremony, S Parkash Singh Badal said Sri Guru Nanak Dev ji spread the message of humanity. He said there was need to spread Guru Sahab’s ‘sandesh’ across the world in today’s troubled times and urged the Sant Samaj, SGPC and SAD to contribute towards this goal.

Mr Badal also urged that Guru Sahab’s teachings should be spread amongst the young generation through ‘dharmik vidya’ and said the SGPC should play an active role to make this possible.

Former minister Bibi Upinderjit Kaur while espousing the core teachings of Sri Guru Nanak Dev ji, said earlier also the SAD has taken the ‘sewa’ to paint Sri Anandpur Sahab white in 1999 on the 300th anniversary of the birth of the Khalsa. She said the SAD was again undertaking a similar ‘sewa’ here on the demand of the Sikh Sangat. 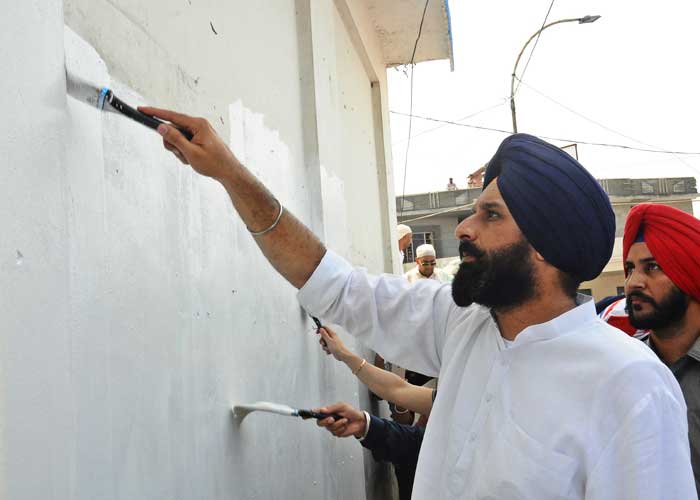