Home Punjab Sukhbir Badal has no right to demand release of Sikh prisoners, he... 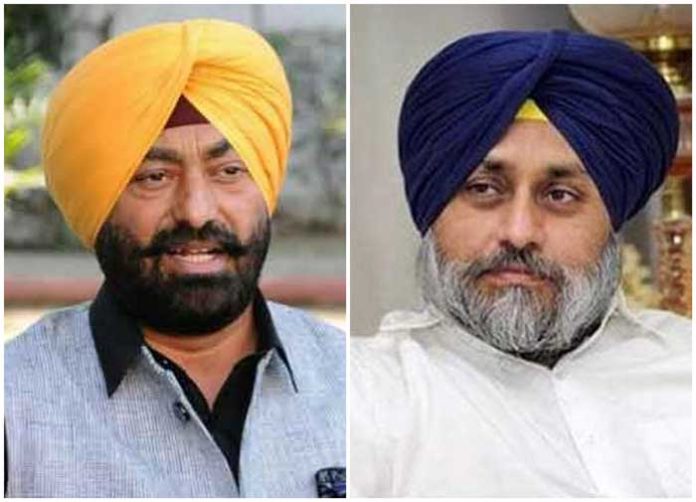 Sukhbir Singh Badal who was Home Minister and his father Chief Minister Parkash Singh Badal rather acted on the contrary and recommended to the Governor for premature release of four UP policemen convicted and sentenced to life imprisonment by the CBI court in case related to fake encounter of Sikh youth Harjit Singh of Saharan Majra village in Ludhiana district. Harjit’s father had fought a legal battle for 16 years to get justice for the cold blooded murder of his son by convicted policemen.

Khaira said that it was height of double speak on the part of Sukhbir Badal as it was his government arrested Bapu Surat Singh on fast unto death seeking the release of detained Sikhs.

Similarly Gurbux Singh of Ambala who continued fast unto death for release of detained Sikhs and subsequently sacrificed his life was threatened and shunted out of Punjab by the Badal government.

Badal put in the dust bin hundreds of letters written by Sikh organisations and human rights activists appealing him to take up the matter of release of detained Sikhs with the center.

Now suddenly out of the blue Sukhbir Badal has realized that large number of Sikhs have been detained by the central governments for the last many decades. Khaira said it is needless to mention that SAD has been a long time ally of the BJP, so why didn’t Sukhbir Badal speak up for their release earlier?

Khaira asked Sukhbir Badal to make public even a single communication he had made with the center government during ten years of his government in Punjab, seeking release of detained Sikhs.

He added that Badal family was number one enemy of Sikhs and their involvement in anti-Sikh activities like sacrilege of Guru Granth Sahib and exoneration of dera Sacha Sauda head Gurmeet Ram Rahim, who was excommunicated by Akal Takht.

Badal government had withdrawn the case of blasphemy against dera head for wearing the attire of Guru Gobind Singh ji, before the 2012 Vidhan Sabha elections for cheap political gains .

Khaira said that the detained Sikhs are in illegal confinement of Indian government and like the Congress and BJP, Badals are also equally responsible for this anti Sikh act.

He urged Sukhbir Badal to admit his connivance with BJP to detain the Sikh youth illegally and seek pardon for his acts of commission and omission from the entire Sikh community.