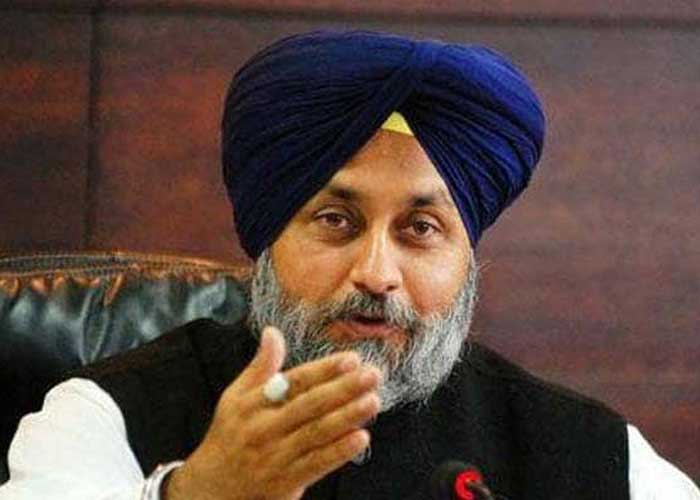 In a letter to NHRC Chairperson Justice H L Dattu, the SAD President urged him to direct the Batala SSP Opinderjit Ghuman to record the statement of the victim family and convert the same into an FIR.

He said the attack on Dalbir on November 18 had shocked civil society due to its sheer barbarity with the assailants pumping 15 shots into his body besides chopping off his legs. “Despite this none of the assailants have been arrested till now nor has the complaint of the family been registered”.

The SAD President said more than four days had passed but the family of the deceased was running from pillar to post to record their statement. “The local police are refusing to record the statement of the family and even a representation to the Punjab Director General of Police (DGP) has proved futile”.

Mr Sukhbir Badal said the Batala police was refusing to proceed in the case because Dalbir’s son Sandeep had in a letter to the State DGP submitted that his father was killed by Congressmen under the direct patronage of Jails minister Sukhjinder Singh Randhawa who is also a legislator from the same area.

“Sandeep has submitted that his father was killed to avenge an incident which occurred during the 2004 parliamentary elections during the course of which Mr Sukhjinder Randhawa’s turban was toppled. Sandeep has stated that the minister held his family responsible for this and had even threatened his grandfather Sant Singh that he had lost two sons and would now lose a third one”.

The SAD President said this was not all. “The family of the former Akali Sarpanch has also disclosed further details including the fact that a trumped up case was registered against ten family members in 2004 a short while after the scuffle with Randhawa and Dalbir Dhilwan was tortured after being arrested.

The family members said following this there was an Akali –BJP government in the State for ten years and now under Congress rule Dalbir was killed by Congressmen to avenge the toppling of the minister’s turban”.

In the the letter to the NHRC Chairperson, Mr Badal said the victim family had also asserted that the Batala SSP was prejudiced against it and was acting like a Congress Spokesman. He said the family had disclosed that within 15 minutes of Dalbir’s death the SSP issued a statement saying the murder of Dalbir was not a political killing.

He said the family also believed that there was involvement of a known gangster of the area – Jaggu Bhagwanpura in the murder and has cited the manner in which Jaggu had been given as free rein to expand his network from jail as per statements of senior police officers under Sukhjinder Randhawa’s watch as Jails Ministers.