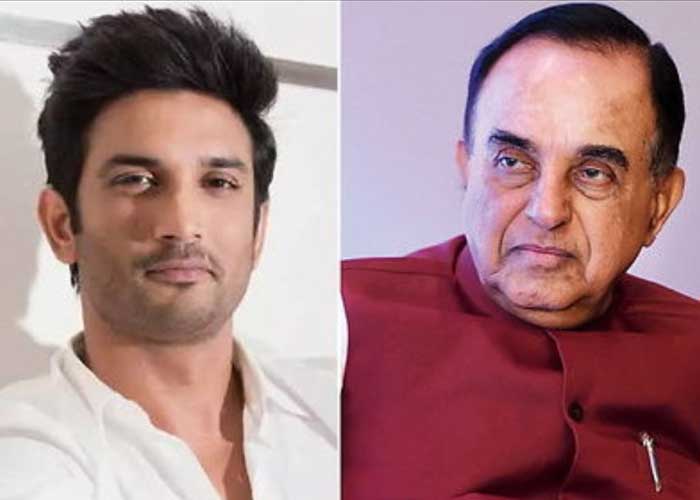 Swamy has appointed an advocate to conduct an investigation into the late actor’s suicide case to find out if the case is fit for a CBI inquiry.

“I have asked Ishkaran to look into facts of Sushant Singh Rajput death case and see whether it’s a fit Case for CBI investigation. Then accordingly to see justice is done. For Updates follow @ishkarnBHANDARI,” Swamy had tweeted on Thursday tagging activist-advocate Ishkaran Singh Bhandari.

“Presently in the Sushant Rajput case, Ishkaran is looking to see if Sections 306 and/or 308 of India Penal Code read with Article 21 of the Constitution is applicable. That is, whether accepting the Police version of it being a suicide, was the Actor driven to it?,” Swamy tweeted on Friday..

Swamy being vocal about Sushant Singh Rajput’s death comes at a time when netizens have been consistently demanding a Central Bureau of Investigation (CBI) probe into the actor’s death. Hashtags like #cbiforsushant and #cbiforsonofbihar have been going viral on Twitter for quite some time now.

Sushant passed away in Mumbai on June 14. His postmortem report describes the death as “suicide”.

Meanwhile, actress and BJP MP Roopa Ganguly, BJP MP Manoj Tiwari and actor Shekhar Suman have demanded a CBI probe into the actor’s death, which is currently being investigated by Mumbai Police.  (Agency)