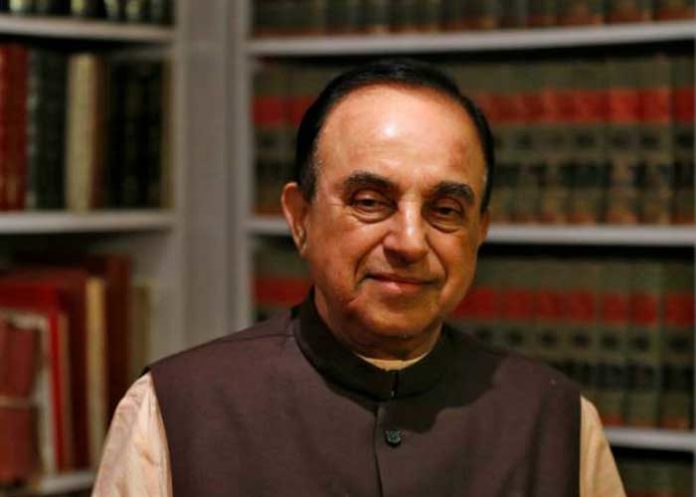 Referring to a 2008 article on the closure of the National Herald after 70 years, The senior advocate asked Swamy: “Is it correct that you have downloaded that article from the same website as you have mentioned in the complaint?”

Swamy replied in the affirmative.

To Cheema’s question, “Did you mention in your complaint or in your statements that you had not produced the entire article and had only extracted what in your views was correct?”, Swamy again replied in the affirmative.

“The article in question is titled ‘National Herald shuts down after 70 years’ which is available on Sify website,” Cheema said and showed some portions of it to Swamy.

“Are these portions produced in your complaint?” he asked, to which the BJP leader replied: “This part is not there in my complaint.”

Cheema said: “The extract of the editorial reproduced in the complaint is a self edited, with the exclusion of the portion, which clearly states that the publication of the newspaper is being temporarily suspended till further notice.”

To this Swamy replied: “Whatever I have quoted is not edited and is an extract of the article. At the end of the paragraph, I have mentioned the address of the article so there was no attempt to hide anything.”

Cheema said: “The publication was terminated on April 1, 2008 after its last edition. The publication was later resumed not from Herald House, but from the premises of the Indian Express building from April 7, 2016 if I remember correctly.”

Swamy replied: “Soon after the closure of the publication, the entire staff, i.e. Journalists and other staff were given voluntary retirement scheme and were sent home.”

Cheema asked Swamy as to when the resumption of National Herald publication came to his knowledge.

“I got to know it from the newspaper on the date of resumption,” the MP replied. “It is relevant that I did not mention the fact of the resumption of the publication and the reasons given by me now in my complaint and examination,” he said.

The lawyer asked Swamy the address of the Indian Express Building, to which he replied: “It is on Bahadur Shah Zafar Marg.”

Cheema said the premises being referred to by the BJP MP was Indian Express building, which “is used for printing of Indian Express newspaper and other publications not owned by the IE.”

“I am not aware of other publications. I know National Herald is published from that building,” said Swamy.  (Agency)