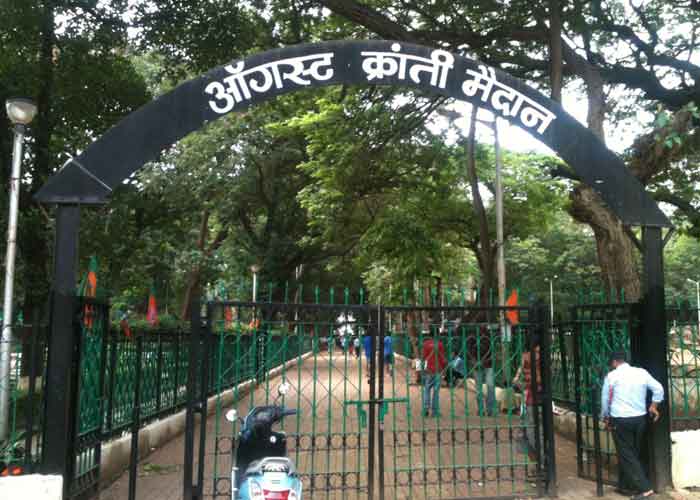 Hundreds of people, including many college students and youth, political and social activists, senior citizens and others started assembling at the historic August Kranti Maidan in south Mumbai for the biggest protest against the Citizenship Amendment Act and National Register for Citizens, here on Thursday afternoon.

The Mumbai Police have deployed a huge posse of armed personnel, riot police in full gear and monitoring the entire congested neighbourhood with CCTVs and drone cameras to ward of any untoward incidents.

A student leader from Tata Institute of Social Sciences (TISS) Fahad Ahmad, who’s one of he organisers for the day’s demonstrations, has appealed to all participants to maintain complete peace and keep an eye open for miscreants who may mingle in the crowds and spark violence.

The Traffic police have imposed severe traffic restrictions and blocked roads to and around the grounds to regulate the huge crowds expected to turn up for the protests.

Traffic on Nana Chowk to Kemps Corner signals has been banned, traffic has been diverted from Kennedy Bridge, Sisil Junction, Kemps Corner and Tardeo, while parking will not be permitted in any of the roads surrounding the ground, said a police spokesperson.

These protests come after four days of agitations by students and political activists in different parts of the city, and various major state and central universities and cities around Maharashtra.

Candle-light and ‘mashaal’ (torches) processions have also been held by university students in Mumbai and Pune and silent marches have been taken out also in support of the police action on students in Delhi’s Jamia Milia Islamia and Uttar Pradesh’s Aligarh Muslim University.

Major political parties like Nationalist Congress Party, Congress, their youth and women’s wings have also carried out similar agitations over the past few days since the December 15 incidents. (Agency)