Home Entertainment Bollywood SRK: I realised how short I am while shooting with Big B 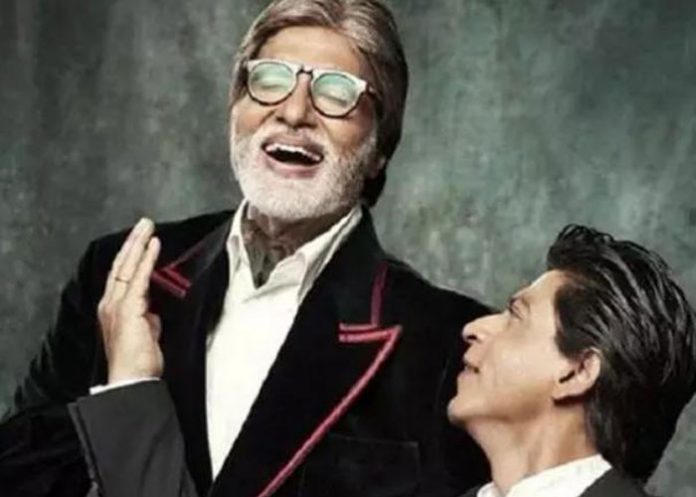 On Tuesday, superstar Shah Rukh Khan conducted an interactive session with fans on Twitter, answering a lot of fan queries with trademark wit.

When a user asked him to share some behind the scene moments of the film “Mohabbatein”, SRK recalled filming his first scene with Amitabh Bachchan.

“I remember doing the first scene with @SrBachchan and realised how short and small I am,” he quipped.

The actor is currently in the UAE to support his cricket team, Kolkata Knight Riders (KKR) , in the ongoing season of Indian Premier League (IPL).

A twitter user asked him if he has learnt cooking during lockdown and SRK replied: “Namak kitna daalna hai is still a struggle honestly.”

He also revealed that he loves to eat “dal chawal with onion”.

Apart from this, Shah Rukh also hinted that he will start shooting soon.

“Sir few words for your fans who want to see you on on-screen again,” a user asked.

Responding to him, Shah Rukh tweeted: “Will start shoot, then post production then cinemas to normalise…will take about a year I reckon….”

With his birthday coming soon, he urged people not to gather in crowds and maintain social distancing.

“Please, I recommend nobody should collect in crowds. My birthday or wherever! Iss baar ka pyaar… thodha door se yaar,” he quipped.

He shared a few words of wisdom, too.

When a user asked if he was selling Mannat, SRK gave him a piece of advice. “Bhai Mannat bikti nahi sar jhuka kar maangi jaati hai….yaad rakhoge toh life mein kuch paa sakogay ( Votive offerings cannot be sold…you have to bow down and ask for it),” SRK said.  (Agency)