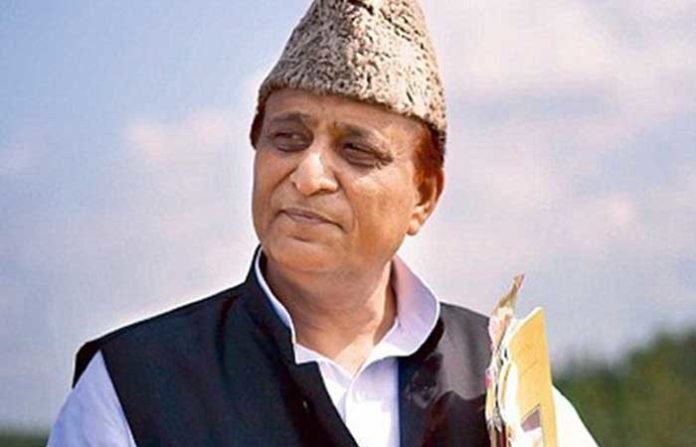 More than two dozen poor farmers were illegally detained and tortured for several days before their lands were “forcibly grabbed” by senior Samajwadi Party (SP) leader and MP Azam Khan in Uttar Pradesh’s Rampur district, the police said on Saturday.

According to a criminal case registered at Rampur’s Azim Nagar Police Station, Azam Khan and his close aide, former Deputy Superintendent of UP Police Aalehasan Khan, allegedly forged documents and grabbed land worth over several hundred crores for Mohammed Ali Jauhar University, a multi-crore private project of the SP leader.

“Twenty-six farmers have stated that Azam Khan and Aalehasan illegally detained and pressured them to sign on a forged sale deed in a bid to acquire their land running into several thousand hectares,” Ajay Pal Sharma, Superintendent of Police – Rampur, told.

“When the farmers refused to sign on the papers, their land was forcibly occupied. Aalehasan, then circle officer of Rampur, misused his official position in grabbing the land belonging to the poor. After verifying facts we have registered a criminal case against Azam Khan and Aalehasan,” said Sharma.

The case against the SP leader was registered on the basis of an enquiry by the UP Revenue Department, which checked all relevant documents and recorded statements of farmers who mainly belong to the minority community.

“On the basis of the main complaint of the Revenue Department, now 26 separate cases will be filed (against Azam Khan) as it involves different patches of land and different owners,” said the Rampur district police chief.

Asked whether Azam Khan could be arrested, Sharma said, “It may happen any time. The investigation is on.”

The FIR (relating to case) says besides grabbing farmers’ lands, Azam Khan, also misused his position (as Cabinet Minister of UP during 2012-2017) to illegally occupy over 5,000 hectares of land adjoining the banks of Kosi river, which flows along the University campus.

The land falls by the Kosi riverside and cannot be acquired. “But revenue records were allegedly forged and the land, worth over several hundred crores, was illegally occupied by Mohammed Jauhar Ali University,” said a Revenue Officer.

According to the Revenue Officer, the forged documents to fraudulently occupy the riverbed, are now a strong evidence against Azam Khan.

Azam Khan’s dream project, Mohammed Ali Jauhar University, was conceived as a private Urdu university in 2004. Acquisition of land and construction of the university campus started rapidly after the Samajwadi Party (SP) came to power in UP and Azam Khan became one of its most powerful ministers.

In 2012, the Akhilesh Yadav government granted the university’s lifelong chancellorship to Azam Khan, a move which was opposed by then UP Governor.

Last month, BJP leader Jayaprada, who contested the 2019 Lok Sabha polls against Azam Khan, filed a complaint with the Election Commission seeking the newly elected MP’s disqualification for also holding an office of profit as the chancellor of Mohammed Ali Jauhar University.

Jaya Prada cited two examples — one of Sonia Gandhi and another of Jaya Bachchan — both of whom had to resign as MPs and re-contest polls on grounds of holding office of profit.

We tried to contact Azam Khan for his comments on being booked in cases of land grabbing, but could not reach him. A Samajwadi Party office-bearer said the BJP was trying to malign the SP stalwart’s image, who had established a world class university for the people of UP in Rampur.  (Agency)