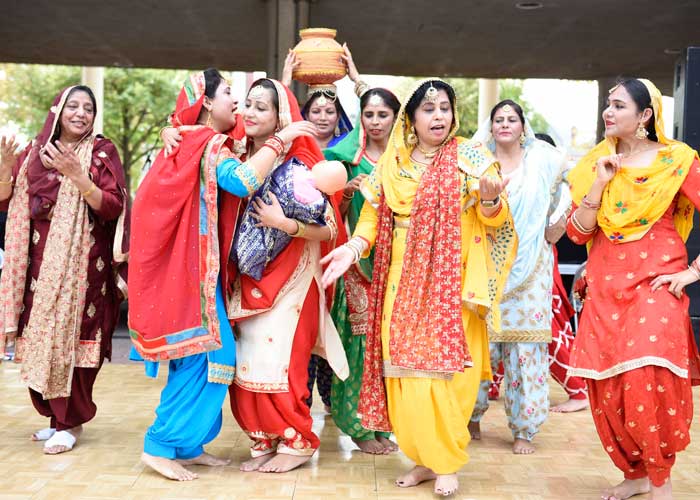 It was once again time to celebrate, discover the tastes of many different cultures from all over the World and enjoy interactive activities for all ages, wonderful entertainment and strolling musicians on the plaza, buying merchandize from ethnic vendors, and learn about the world at information booths.

Sikhs are living in many countries all over the World. They have been achieving big successes while maintaining their unique identity. In the US, this identity is also sometimes becoming the reason for racial attacks. Despite this, Sikhs all over the country are organizing and participating in various events to improve awareness about them.

One such effort is made every year by Sikhs from Springfield and neighboring areas of Dayton, Cincinnati by participating in the annual program held at the City Hall Plaza.

A resident of Springfield and organizer for event participation by Sikhs Avtar Singh and his wife Sarabjit Kaur informed that we have been participating in the event for almost 18 years, with the aim of spreading awareness among Americans, and other nationalities about the Sikhs, especially the turban, which has been mistaken and misidentified as being associated with terrorism particularly after the 9/11 attacks. 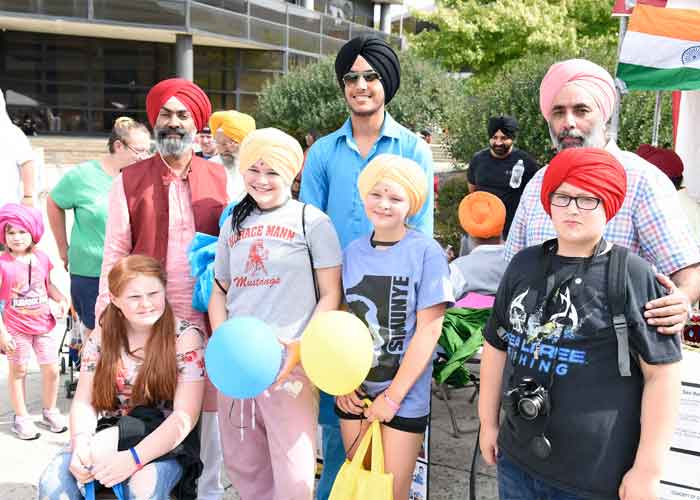 Hundreds of visitors sat down all day at the Sikh booth to experience the turban on their head. “Culture Festivals are organized all over the USA in many cities to create an association among people living in the US from different parts of the World.

This offers an opportunity for us to create awareness about Sikhs in the USA. It is important for our community to participate in such events to meet other people, learn about their culture and also tell them about our culture, Sikhs and its identity, especially about the Turban”, said Sameep Singh Gumtala, a resident of Dayton.

An exhibition was also organized at the Sikh booth with posters about “Significance of Uncut Hair”, “Tying of the Hair and Turban”, “Sikh Turbans”, “Sikhs in US Army”. Books such as “The Sikhs”, “Harmandir Sahib”, “Warrior Saints”, “Sikh Wedding” and others were also displayed.

Bhangra and Giddha performance by the youth and adults also made a colorful presence at the festival. Many onlookers were seen trying to dance at the rhythm of the Punjabi beats.