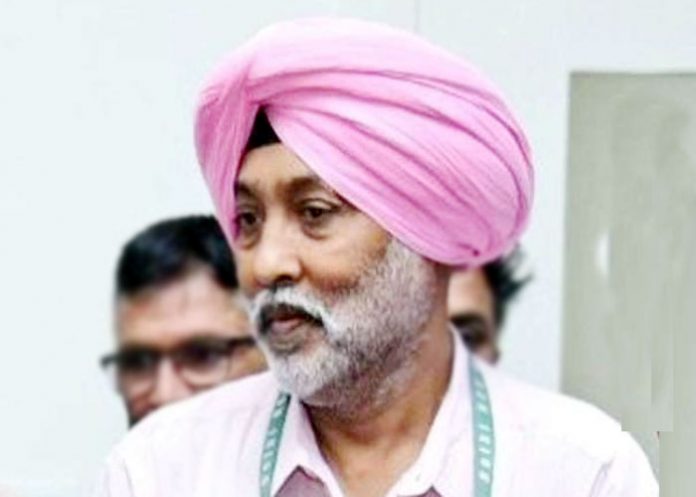 New Delhi, Oct 29, 2020-
Sports Minister Kiren Rijiju on Thursday assured a group of well-known hockey players that Olympian Mohinder Pal Singh, who has damaged both his kidneys, would be provided assistance under a relevant scheme of the ministry, and also asked Gautam Buddha Nagar member of Parliament to further chip in to help the ailing star who lives in his constituency.

Singh, 58, lives in NOIDA, which falls under Gautam Buddha Nagar constituency, from where Mahesh Sharma has been elected to Parliament.

During the meeting, at which the wife of Singh was also present, Rijiju called up NOIDA MP Mahesh Sharma and requested him to provide urgent assistance, according to those present in the meeting. Sharma, they informed, gave a positive response.

Singh, a former penalty corner specialist, has been looking for a kidney donor for about a month, and has circulated his request on social media. The retired Air India employee was admitted to Apollo Hospital in south Delhi for dialysis, and was discharged on Tuesday. He has since returned home, but will be visiting the hospital thrice a week for dialysis, until a kidney donor is found.

“The response of the minister was positive. He said he would do all he could. Regarding finding a kidney donor also he said he would help my husband,” Shivjeet, wife of Singh, said.

Kaushik, a Dronacharya Award winner, was also hopeful that assistance would come soon.

“The minister gave a positive response to six of us who met him at his residence. He said he would do whatever was possible as per the rules of the sports ministry. He also suggested that the local member of Parliament could also help, and he called Mr Mahesh Sharma during the meeting itself and requested him to help Mohinder Pal. We are confident that assistance would come,” the 1980 Olympic gold medallist told.

“The minister told us that he had already instructed his people about MP Singh’s case, and apparently his file is already moving. I am satisfied with the outcome of the meeting. MP Singh’s wife, Shivjeet, was also present and she said that they don’t have any one in the family who could donate a kidney to her husband and requested the minister to help in finding a donor as well,” said the Dronacharya Award winner.

“When the ministry heard this, he said that he would talk to a hospital – he did not say which one — to help in finding a donor for MP Singh,” said Harendra.

Under Pandit Deendayal Upadhyay National Welfare Fund for Sportspersons (PDUNWFS), the ministry provides assistance “to outstanding sportspersons of yesteryear, living in indigent circumstances, who had brought glory to the country in sports”. Up to Rs.10 lakh can be granted as assistance for medical treatment under this scheme.

Singh, who attended St. Mary’s School in Meerut, captained India at the Junior World Cup in Kuala Lumpur in 1982 and the same year he played his first international. He went on to play in the 1988 Seoul Olympic Games and the 1986 World Cup in London. (Agency)