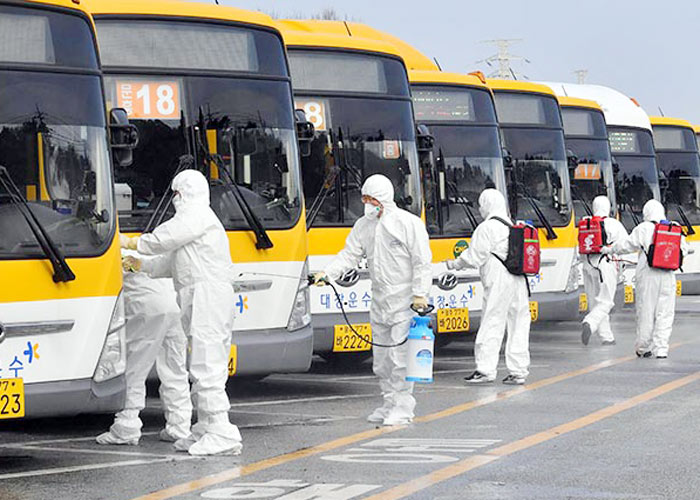 South Korea on Wednesday confirmed 142 more cases of the COVID-19 coronavirus, raising the total number of infections to 5,328.

As of midnight, the number of infected patients totalled 5,328, up 142 from the previous announcement. Two more deaths were reported, taking the toll due to the coronavirus outbreak to 33, Xinhua reported.

The Korea Centers for Disease Control and Prevention (KCDC) updated the data twice a day at 10 a.m. and 5 p.m. on Tuesday.

The virus infection soared for the past two weeks, with 5,155 new cases reported from February 19 to March 3. The country has raised its four-tier virus alert to the highest “red” level.

The total number of infections in Daegu, about 300 km southeast of Seoul, and its surrounding North Gyeongsang province increased to 4,006 and 774, respectively. It accounted for almost 90 per cent of the total.