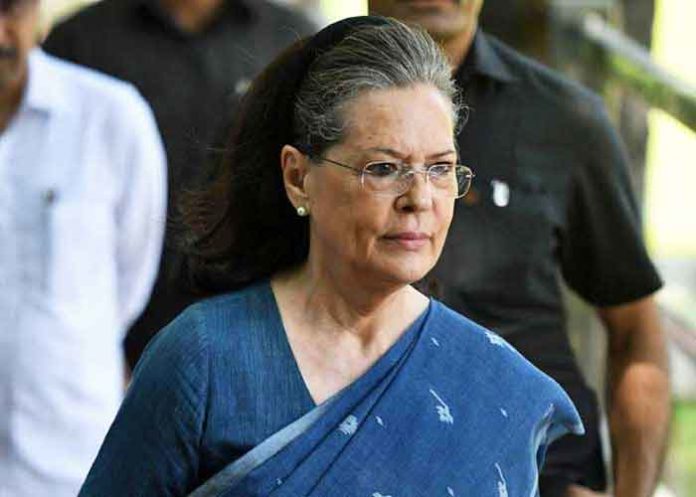 Congress interim President Sonia Gandhi on Thursday attacked the BJP government over economic slowdown and accused it of indulging in vendetta politics.

According to Congress sources, Sonia said this while addressing the meeting of party general secretaries, state in-charges, state unit chiefs and others here on Thursday.

A party source said that she also recalled the UPA regime’s achievements in dealing with the economic slowdown between 2007 and 2009.

“She told party leaders that our government had taken out the economy from the slowdown during economic recession,” the party source said.

She also recalled how during UPA regime the Congress government was able to generate jobs.

The party source said that slamming the government over the economic slowdown, Sonia Gandhi told the party leaders that the government has been unable to save the jobs in several sectors.

He said, “Sonia Gandhi also said that the resilience and resolve of Congress is being tested today. And we need to go to people.”

This is the first meeting of Sonia Gandhi with senior party leaders, a month after she was appointed the party chief.

Her son and former Congress chief Rahul Gandhi stepped down from the top post taking moral responsibility of party’s loss in the Lok Sabha polls.