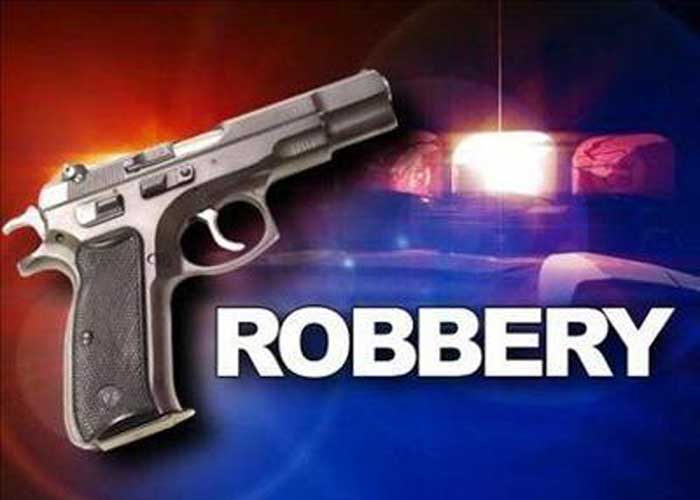 Six unidentified criminals robbed an Axis Bank branch at gunpoint in Dhanbad district of Jharkhand on Tuesday afternoon, the police said, adding that the criminals managed to flee with Rs 20 lakh.

According to the police, six criminals entered an Axis Bank branch situated at Nirsa town of Dhanbad district. They covered the customers and bank staff with their guns.

The criminals, who had covered their faces with helmets and masks, locked the customers in a room after taking their mobile phones.

They told the cashier and bank manager to bring out all the cash and fled from the spot with the money leaving behind a locally made bomb and locking the door from outside.

The police is examining the CCTV footage to find clues.  (Agency)