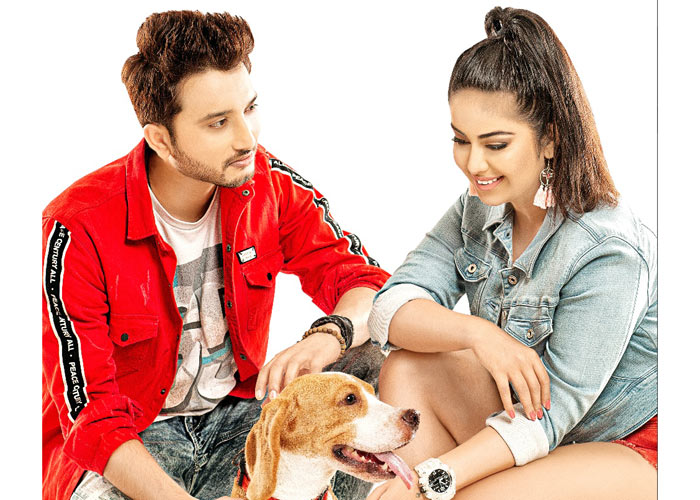 After the release of Lakk Boom Boom Blive Music is now releasing a new song named Doggy. Lakk Boom Boom had created quite a buzz in the town and so the standards for the next song has been set very high.

The song features singer and actor Ishaan Khan and ravishing actress Avika Gor. The lyrics of the song is penned down by Kunwar Juneja and music has been composed by Anjjan Bhattacharya. The genre of the song includes a little bit of Indi pop with a touch of Punjabi to it.

Breaking all the stereotypes of cliché romantic songs, Doggy is a complete package & has an element of suspense as the making of the song had been kept under the wraps.

“I had a lot of fun shooting with Ishaan Khan. It was a great learning experience. The song is very vibrant and the audience will love it. Also, the dog in the music video has my heart! I am crazy for Punjabi songs and my fans know it. However, Doggy is the cutest amongst them all. The shooting experience with the crew was simply amazing and I had a wonderful experience being a part of it”. Said Avika Gor

“We are very elated to announce the release of our new song and we hope that we would raise the bar with Doggy. The ideation of our song is quite unique and would definitely appeal to our audience. Also, I got to learn from Avika and helped me improve my performance in the video. ” Said, Ishaan Khan.

BLive Music is known for making upbeat songs and Doggy too is expected to be a high spirited song that will make your body groove to be catchy lines and your soul happy.

Doggy will be releasing on the 24th of September on all the platforms.