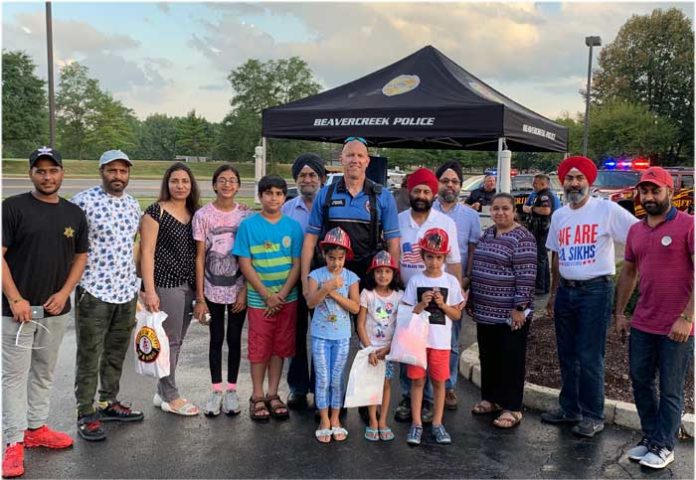 Police departments at Beavercreek and Springfield, suburbs of the city of Dayton, Ohio organized a National Night Out program to form positive relationships in the community. Sikh Community members in the area also participated in the events. This annual program is conducted by the Police Department in various US cities on the first Tuesday evening of August each year.

According to Beavercreek Police Community Engagement Officer Marc Brown, the program is conducted every year to educate people about the police and to bring the entire community together. He thanked the Sikh community and people of other faiths and cultures for coming to it.

Informing about the program held at Snyder Park in Springfield, Sheriff Deborah K Burchett, Clark County Chief Law Enforcement Officer said, “The program is a great opportunity for officers to build strong community partnerships that promote safe neighborhoods.” At the event, free meals, snacks and bicycle helmets were distributed to the youth. 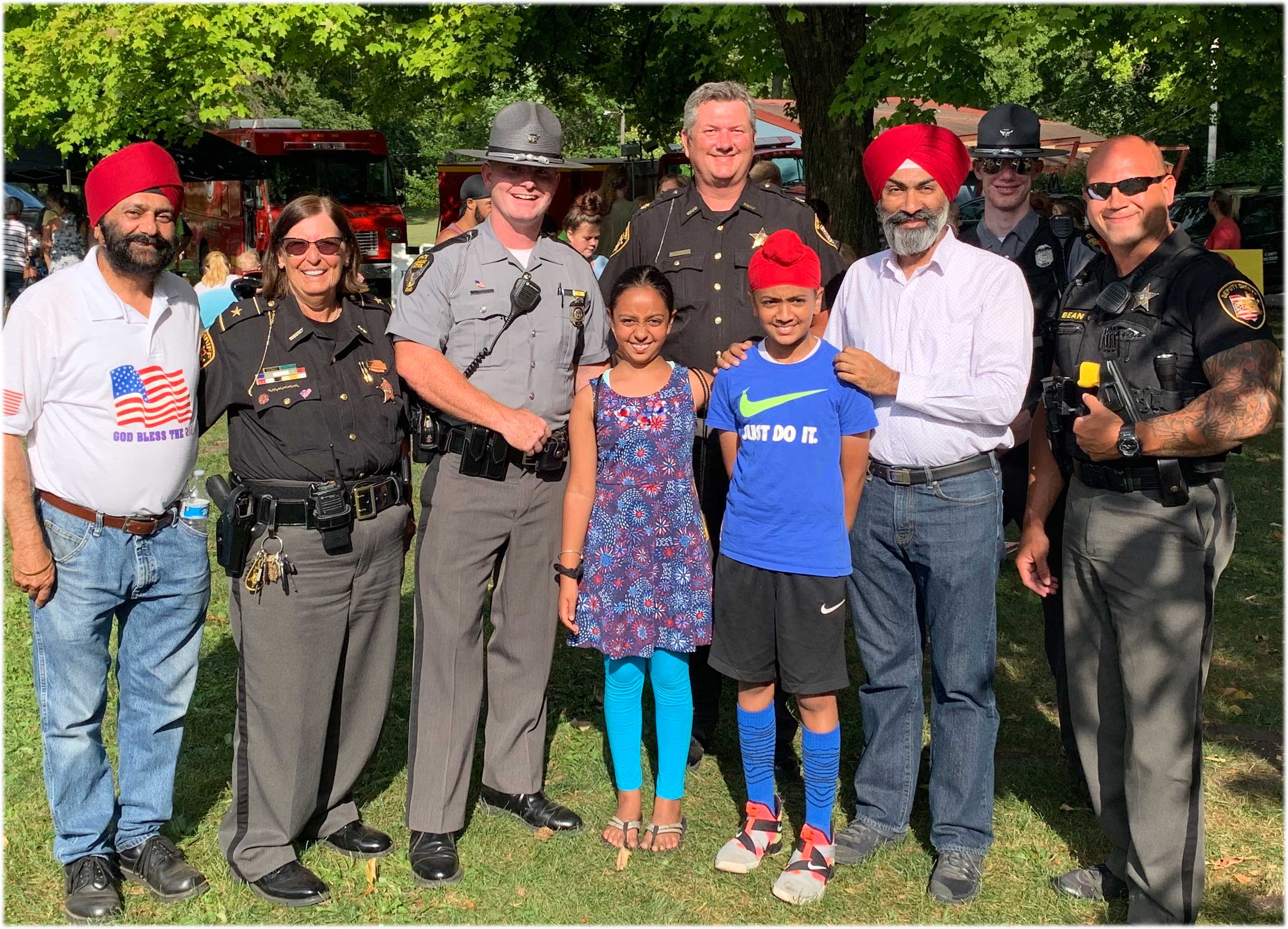 Avtar Singh, a Springfield resident, says that Sikhs should be more active in such community programs. Sameep Singh Gumtala, resident of Beavercreek & Convener (Global) of FlyAmritsar Initiative campaign praised and thanked the police for the quick action taken by Dayton police to control the situation during a recent mass shooting in Dayton. Nine people were killed, including the killer.

Dr. Charanjit Singh Gumtala, a social worker, an author and Patron of Amritsar Vikas Manch, an NGO based in Amritsar, Punjab said, “I am always involved in community events, parades, community culture festivals etc. during my travels to the United States. I request the community for more participation.” The Sikh community thanked the police for their duty regardless of their lives.