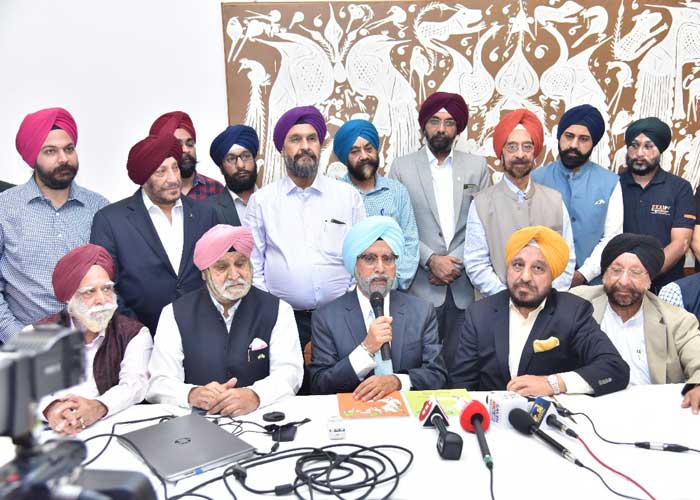 Sikhs have launched first of a kind digital campaign to introduce Guru Nanak’s teachings to a younger audience in India and other parts of the Western world. A reputable marketing firm MSL based in New Delhi has been engaged to create awareness about the revolutionary Guru’s philosophy ahead of his 550th birth anniversary.

This campaign will focus on driving conversations amongst younger audiences of age 18-35 by revisiting Guru Nanak’s instructions on equality, environment, women empowerment, tolerance of religions and service to others.

An online portal named ‘The Script of Life’ has been created and it will be available on various social media platforms highlighting morals and values imparted by Guru Nanak. The campaign will go live across all digital media channels including videos, podcasts, visual art and GIFs and aims to reach an estimated audience of 16 million people.

The campaign will engage artists, musicians, writers and poets to start conversations as well to build relationships amongst all communities. Campaign will communicate in 9 prominent Indian languages and other international languages such as Spanish, German, Italian, and French.

Commenting on the initiative, Dr Rajwant Singh, Co-Founder of the National Sikh Campaign in the United States said, “The Script of Life has been designed to present Guru Nanak’s ideas of enriched life to all. Guru Nanak does not belong to one community. He was ahead of his times and his teachings are more relevant than ever before. His message was loved by all regardless of their social or religious background.

He added, “We want people to discover Guru Nanak as a world teacher whose thoughts can bring people together and spark the joy that the world needs today. Polarization and hate is on the rise and we need more messaging which builds harmony and love among all people.”

Mr. Iqbal Singh, a prominent Delhi Entrepreneur and Co-chair of Guru Nanak 550 Campaign expressed, “We are confident that young people will be inspired by Guru’s vision. Community building activities with prominent partners will add a contemporary twist to traditional activities such as langar, seva and tree plantation.”

Mr. Jagdip Singh, Delhi based Entrepreneur and Co-chair of the Guru Nanak 550 Campaign added, “Through this widespread and far reaching campaign, we hope to see a positive change. We felt that Guru Nanak’s 550th birth anniversary is an apt moment to remind ourselves of the value of compassion, equality, honesty and selfless sacrifice.”

Sharing more details, Mr. Raju Chadha, Prominent Business Leader and Co-chair of Guru Nanak 550 Campaign said, “We are encouraged by the response of our colleagues for this innovative initiative. We are also working in partnerships with National Sikh Campaign which is leading a similar campaign is in United States to create awareness about Guru Nanak.