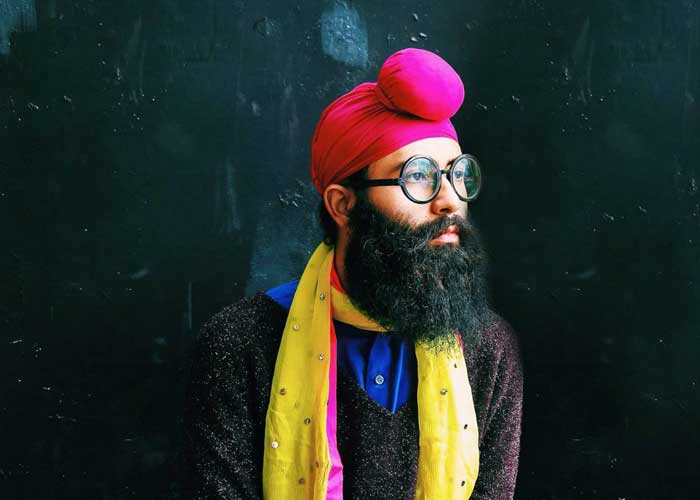 A Sikh man from Delhi alleged he was denied entry to Delhi’s We Qutub restaurant due to his religion and the attire he wore.

Param Sahib — a Sikh — took to photo-messaging app Instagram and accused restaurant staff of misbehaving with him and his friend on Saturday night.

He wrote in the Instagram post: HI @wequtub, today later in the evening, I along with my friends was not allowed inside the premises on the grounds of being a Sardar and having an untrimmed beard, with a reason saying that I am not cool enough as per the other Hindu gentry.”

He alleged that his “female friends were spoken badly to with a crass attitude from the guy at the counter” of the restaurant.

“The guy at the counter said that we do not let Sikh people enter the lounge and that’s their motto, to which he later rectified and said that he didn’t like my pink shirt,” he added.

In the Age of an inclusive era , where there are longer any barriers about human appearances and religious backgrounds , @wequtub and their employees set the lowest bar possible by racially abusing and restricting me an my friends to enter the club , on the grounds of Having a long beard , not keeping it gelled and trimmed , for wearing a pink turban and more over for being a Sardar . . My fellow companions @ojasvitaaaa And @maliksaaib were insulted for questioning the club rules for such racial policies and practises . . . Instead of owning their shit and releasing a strong public apology , the owner @kanishktuteja and his team member including @aanshusharmaa have turned the commenting off and are calling and requesting to take the posts down and they would offer a meal and a return gift to compensate .HOW LUCKY I AM ! . . Clubs like @kittysu @toyroomdelhi @pda_delhi @fiorestaurants are setting examples by welcoming people from all walks of life without any discriminations , then what is holding WEqutub back to accept their shit and apologise . . Seeking legal help on this matter states any kind of racial abusement and insult are definitely worth reporting and should be taken actions against it . . . Calling the abuses , insults and Racial slurs a ‘Misunderstanding’ in the apology notes is really not a gesture expected out of the owners . We would feel pity for people who had to face similar discriminations at @nukkadcafe @1oak_defcol and @aerdxb . . . Our sincere appeal to call out for such practises and be aware of the times we are living in . We extend our sincere and full gratitude to all our friends , PR team and well wishers to stand by us and extending their support . . #paramsahib #racialprofiling #boycottwequtub #boycottnukkadcafe #racialjustice #racistclub #racial #delhiigers @lbbdelhincr #lbbdelhi #lbbbangalore #lbbdelhincr #lbbmumbai #delhi #delhiclubs #wequtub #wequtubkitty #nukkadcafe #1oakdefcol #dubai #dubainight #dubainightclubs #sikh #sikhbride #bearded #foodtalkindia #foodbloggers #delhifoodblog #delhifood #zomato #zomatoindia I’ll be

He said that in the age of an inclusive era, where there are no longer any barriers about human appearances and religious backgrounds, We Qutub and their employees set the lowest bar possible by racially abusing and restricting him and his friends to enter the club…and moreover for being a Sardar.

“After posting the incident on Instagram, now owners are trying to contact us, they are feeling sorry. They also contacted us on Instagram. We are just trying to figure out the middle way for them to apologise… because when we posted it on Instagram, many people sent me messages about similar incidents at We Qutub,” Param told.

“The owner is in Dubai he did not bother to say sorry.. he’s not even concerned about the incident,” he said.

“We asked them to post an official apology and to organise langar for 100 poor kids, we are still in talks with them. I don’t want this to happen to anyone anymore. I just want them to stop this,” he added.

When contacted by IANS, the We Qutub owner did not immediately respond to the allegations.  (Agency)