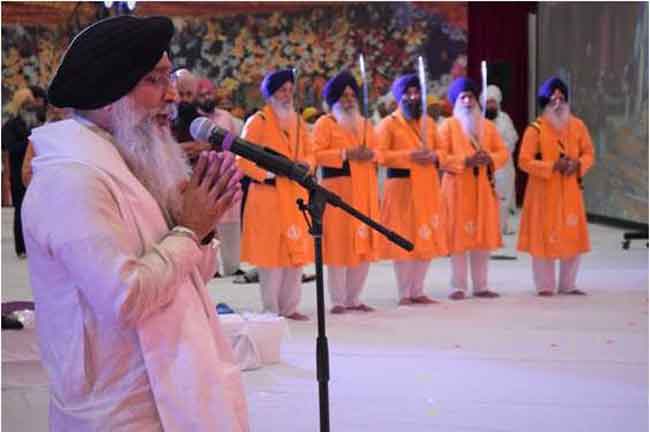 The event was also hosted and supported by a unified team of 22 Gurdwaras in Southern California; this is the hallmark event of Sikhs in the western United States. The annual Kirtan Darbar celebrating the birth of the Khalsa went on throughout the day at the Los Angeles Convention Center, singing the glory of the 10th Guru, Guru Gobind Singh ji. Nagar Kirtan with the Siri Guru Granth Sahib was celebrated with enthusiasm throughout the streets of Los Angeles.

Sada Sat Simran Singh, Chairman of Sikh Dharma International, said, “The SGPC supports the Sikhs in the west in many ways. It is not usual for the General Secretary of the SGPC to give the Ardas, and we are honored that Dr. Roop Singh did this at our Baiskahi celebration.”

On the occasion Shanti kaur Khalsa said, “Since Baisakhi is the start of a new year and honors the formation of Khalsa panth of warriors under Guru Gobind Singh Ji, it is our pleasure to host the celebration which marks the start of a new beginning. We hope to serve under the light by wishing peace and success to every being. “

Langar was also served throughout the day to more than thousands of people, cooked with love and served by the graceful hands of sevadars.