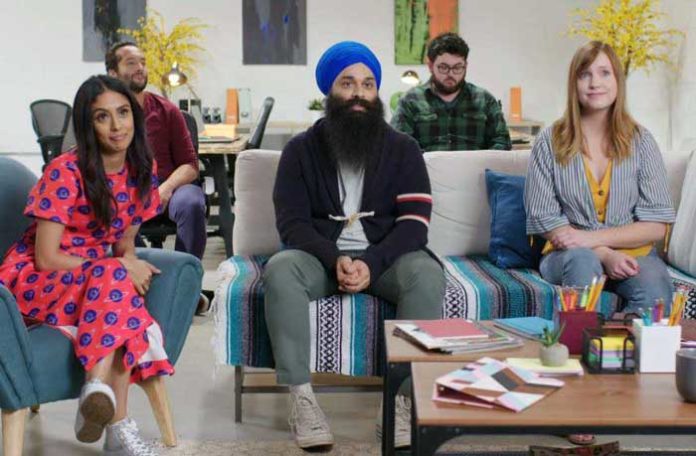 Sikh comedic video produced by Funny or Die, a Hollywood powerhouse, in collaboration with the National Sikh Campaign has been nominated for an award. “Let’s Talk About Turbans (Gasp!),” has been shortlisted for a 2019 Streamy Award, the highest accolade in online video.

This funny video explaining the Sikh turban is among the five finalists for the “Social Good Campaign” award, which honors the premier online video campaigns cause showing a tangible, worthwhile benefit to a specific community. The winner will be announced this week.

We Are Sikhs video will be competing against top brands of American corporate world such as Cheerios, Zillow, Ad Council, and AT&T in the “Best for a Cause” category. The Streamy Awards Ceremony will be held on September 11, 2019 in Los Angeles

Talking about race, religion and turbans is awkward for literally everyone but the guy in the turban.

This video was created by Funny or Die, Die, the largest digital comedic brand in the world, and Enfranchisement Productions, the D.C-based public production company founded by Brad Jenkins, a former Funny or Die Executive and advisor to Barack Obama.

In the video audiences laugh along as a struggling-to-be-politically-correct moderator addresses a Sikh-American turban wearing man. Their interactions hilariously reveal facts about the Sikh faith and beliefs in a funny and relatable way.

The video garnered over a million views across all social media platforms and 3,000,000 impressions. Majority who shared and expressed their positive response were from the younger age group under 35 and it is still being shared by this age group.

In addition, the video was shared by famous corporations and many civil rights organizations and political entities such as Ben & Jerry’s, the Anti-Defamation League, Women’s March, the House Democratic Caucus, Rock the Vote, and Attorney General Gurbir Grewal, the highest ranking Sikh public official.

“We are so proud that this video made such a tremendous impact and was able to educate so many young Americans about the Sikh turban and our core values of gender equality, racial equality and religious tolerance,” said Gurwin Singh Ahuja, Co- of the National Sikh Campaign. “It’s an incredible feeling to know that our work is being recognized among so many great corporate and nonprofit causes as a finalist for this award.”

We Are Sikhs initiative is the larger mission of NSC to bring awareness to the Sikh Turban. Other awareness initiatives include a partnership with Ben & Jerry’s, a corporate giant and working with Public Broadcasting Network to launch a series of ads aimed at children, which will air on Sesame Street, Arthur, The Magic School Bus, as well as a series of digital shorts for Millennials and Gen Z.

A majority of American Sikhs experience harassment and the numbers are worse for turbaned Sikh children — where over two-thirds experience bullying. The Sikh Turban represents equality and to stand up for injustice for all people, and We Are Sikhs believes that the antidote to intolerance is education and dialogue.

To learn more about We Are Sikhs, please visit: www.wearesikhs.org

To learn more about the Streamy Awards, please visit: www.streamys.org

NSC’s mission is to ensure that more Americans can immediately recognize and understand who Sikh Americans are, what their faith is all about and how it shapes their significant contributions to American life. To learn more, please visit www.sikhcampaign.org