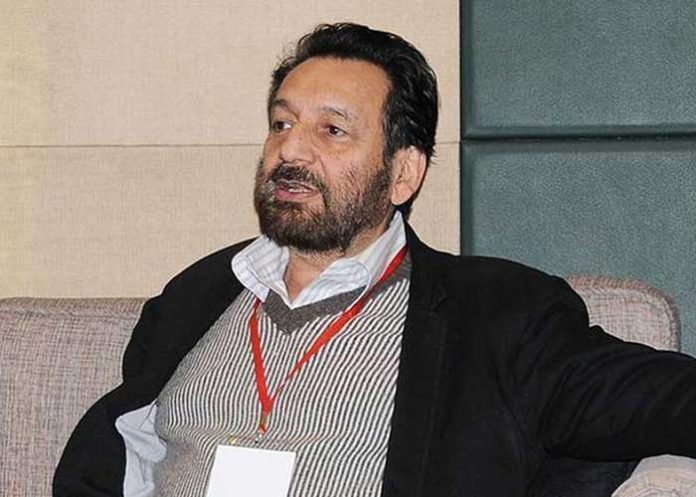 Mumbai, Oct 19, 2020-
Acclaimed director Shekhar Kapur says many filmmakers call him with complaints about how several OTT executives try to control them without even knowing the field properly.

The director, who is President of the Pune-based Film and Television Institute of India (FTII) Society, and Chairman of the institute’s governing council, is going to try and rectify the situation.

“So many filmmakers calling me complaining about production executives at Studios and OTT’s telling them what to do, but with no knowledge of filmmaking. I am going to suggest a ‘Producing and Film Appreciation Course’ at the f@FTIIOfficial as prerequisite for studio executives,” Kapur tweeted.

Last month, Kapur was announced as the President of FTII Society, and Chairman of its governing council.

Union Minister of Information and Broadcasting, Prakash Javadekar, had tweeted to confirm the news: “Happy to inform that renowned international film personality #ShekharKapur has been appointed as the President of FTII Society & Chairman of Governing Council of FTII. @narendramodi.@shekharkapur.”

According to an Order issued by the Ministry of Information and Broadcasting (Films Wing), and signed by Under Secretary (Films-II) Surajit Indu, Kapur’s tenure will last till March 3, 2023.

The director has made his mark in Hollywood as well as Bollywood. He started out as a filmmaker with “Masoom” in 1983. Starring Naseeruddin Shah, Shabana Azmi and Jugal Hansraj, the film was a critical and commercial success. Kapur would score a blockbuster at the box office with his 1987 release “Mr India”, starring Sridevi, Anil Kapoor and Amrish Puri.

The international acclaim he won with his hard hitting biopic of Phoolan Devi, “Bandit Queen”” in 1994, helped him take his craft to the West. He made his Hollywood directorial debut with the Oscar-nominated “Elizabeth” (1998), and went on to make “The Four Feathers” (2002), and “Elizabeth: The Golden Age” (2007), besides directing a segment of the 2008 anthology, “New York, I Love You”.