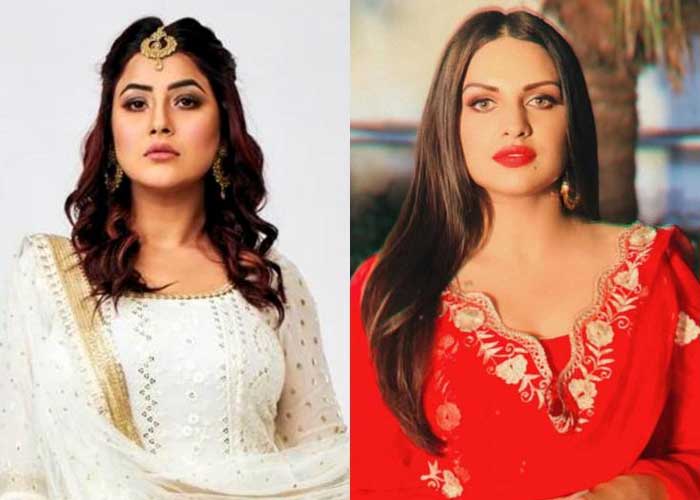 Her entry did not go down well with existing housemate Shehnaz Gill, and soon the audience was wondering of the hostility between Shehnaz and Himanshi is bigger than what was going on in the show.

It is, actually. Shehnaz and Himanshi share a turbulent relationship from the past.

On seeing Himanshi, Shehnaz, also a popular Punjabi singer, started crying uncontrollably. She even accused Bigg Boss of doing a wrong thing by bringing Himanshi into the house. Despite everything, Shehnaz tried to welcome Himanshi, who ignored her.

For those who came in late, Himanshi and Shehnaz — well known names of Pollywood, or the Punjabi showbiz industry — got involved into a major fight earlier this year.

It all started when Shehnaz reportedly made fun of Himanshi’s song “I like it”. Shehnaz posted a video on social media, expressing her dislike towards the song.

Himanshi got offended by Shehnaz’s behaviour and slammed her for the demeaning remarks. What followed was a series of attacks and counter attack videos, in which both of them were seen hitting out at each other and clarifying their stands.

The whole controversy was widely covered by the Punjabi media. Their interviews and videos are still available on YouTube.

After coming into the show, Himanshi was seen discussing her fight with Shehnaz, with other housemates.

According to Himanshi, Shehnaz has in the past even questioned her parents’ character and bodyshamed her.

While theyhave been sharing an ugly relationship in the world outside for a while now, once inside the house, Himanshi has demanded public apology from Shehnaz, looking into the camera. She said she would forgive Shehnaz only when she apologises to her parents on national television.

However, things have only got worse. During this week’s nomination procedure, Himanshi nominated Shehnaz saying: “This isn’t personal, it’s only a game. I am not dragging the controversy that we have generated outside into the house”.

Whether Shehnaz apologises to Himanshi’s parents, remains to be seen. Meanwhile, one thing is certain. Himanshi and Shehnaz have given “Bigg Boss 13” its much-needed boost at time when old-fashioned reality shows are dying out to new-age OTT shows.  (Agency)