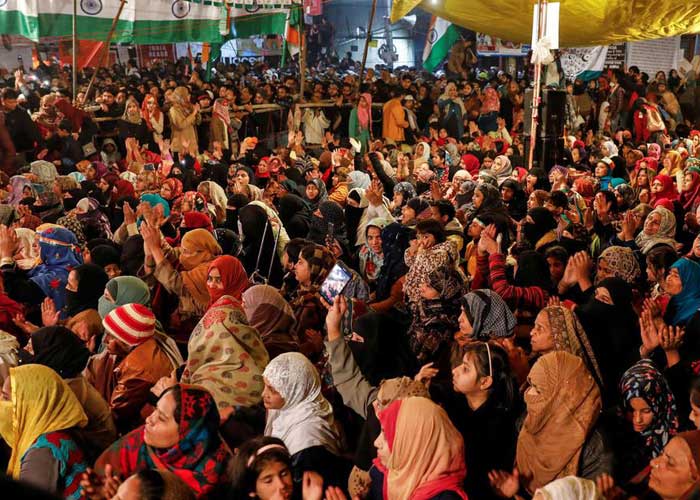 In the backdrop of the Supreme Court questioning the road blockade by protestors at Shaheen Bagh, a section of agitators have expressed willingness to meet Home Minister Amit Shah on Sunday, a day before the apex court conducts a full-fledged hearing on the issue.

Protesters seems to have split into various groups with divergent opinions about carrying forward the protest as well as meeting the Home Minister.

According to sources, the protestors have urged people from across the country to become part of the delegation hat would go to meet the Minister. “We will visit the Home Minister and seek appointment for an immediate meeting,” said a protestor.

According to a senior police officer, the protestors have not sought the Delhi Police’s permission to meet the Home Minister in a large group.

On February 17, according to sources, a group of old women are likely to attend the Supreme Court hearing and they will be represented by advocated Anas Tanvir Siddqui.

Justice Kaul said the protest had stretched for many days and there must be a designated area to protest. “You just can’t block the road. There can’t be indefinite protest in public areas,” he said.

The Bench declined to pass any direction without hearing the other parties, which included the Delhi Police. “Is there anybody present from the government side? We will issue notice,” said the Bench.

The Centre’s counsel was not present during the brief hearing.

Remarking that protests can’t be carried out at the cost of citizens’ interest, the Bench said, “The people have grievances against a law. The matter is pending in the court. Despite this some people are protesting,” said the Bench.

The observation came after counsel Mehmood Pracha for Bhim Army chief Chandershekhar Azad contended the matter was about balancing rights. On this, Justice Joseph said, “Can you block the public road”.

Justice Kaul observed protests couldn’t be carried out in parks too and there should be defined area for protests.

Advocate Amit Sahni had moved the apex court seeking directions to authorities to remove the blockade on the Shaheen Bagh stretch of the road connecting Kalindi Kunj and Noida.

As the hearing was drawing to an end, counsel for another petitioner urged the court to pass some direction in the interest of the people who were facing trouble due to blockade. The court replied, “You have waited for over 50 days, you can wait for a few more days.” (Agency)