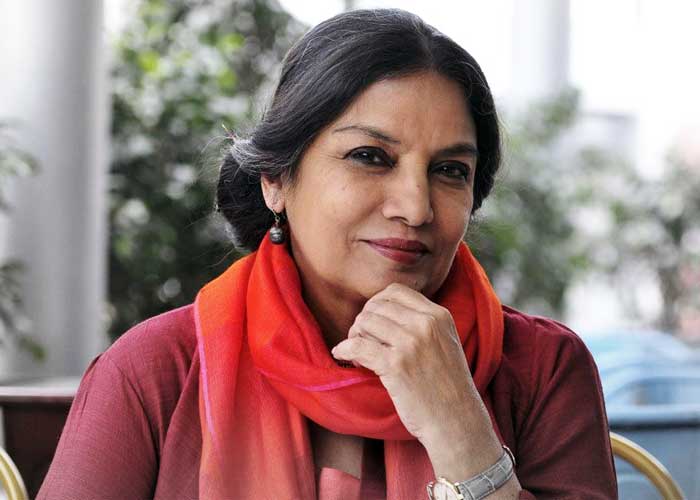 New Delhi, Oct 29, 2020 –
Actress Shabana Azmi wonders why society is stuck with definite ideas about masculinity, from telling boys not to play with dolls to telling them not to cry. She says it is important to tackle patriarchy and the notion of masculinity first and foremost, to change things for women as well as men.

“Many years ago, when I was a Member of Parliament, I was on a committee that was set up by the chief minister’s wife on the scourge of female foeticide. Many steps at that point were taken and one feels that ultimately, it is based in patriarchy.

The belief that a boy should be privileged at birth because of being born male — that discrimination against the girl child exists all through her childhood, adolescence and then later adulthood,” Shabana told IANS while talking about her film, “Kaali Khuhi”, which explores the issue of female infanticide through lens of horror.

“What we need to do is to tackle patriarchy, because patriarchy affects not only women but also men. Men also internalise. We have definite ideas of how a man should behave. Boys should never cry — why shouldn’t they? Why is it looked down upon?” she added.

The actress continued: “Why do we, at the age of three, decide that girls should be playing with dolls and the minute a boy decides to play with dolls we say, ï¿½haww, this is terrible’. All this stratification that starts sometimes consciously and sometimes unconsciously, is what we need to really get to the root of.”

She cited her son Farhan Akhtar’s MARD (Men Against Rape and Discrimination) as an example to elborate on her point.

There are many questions, and the answers lie in tracing the root cause, and changing — which Shabana feels is a “huge battle that one has to fight”.

“It is all very well that we say that we need to bring up our daughters as independent, and we are doing a good job of it. But until and unless we change the male and the notion of masculinity by bringing up our sons differently from how we bring them up, this scourge is not going to end.

It is a huge battle that one has to fight. So, whatever steps can be taken (should be taken), film being a very important medium, particularly because it is told in a story form,” added the daughter of late Urdu poet Kaifi Azmi.

Mention that one needs to involve men to change things for women, Shabana added: “(Change) the way we bring up our boys definitely.”

On screen, the acclaimed artiste will next be seen bringing alive the complexities of the character of Satya Maasi, who is haunted by her own past in “Kaali Khuhi”.

Set in a Punjab village, the Netflix Original film traces the journey of a girl named Shivangi (Riva Arora), who is put to the ultimate test when she witnesses her family getting engulfed in the secrets of a mysterious well.

“It was the script that resonated with me. It was very interesting that the issue of female infanticide was being tackled through this. I would hesitate to call it a horror film. I think it’s more like a dark thriller. Because if you call it horror then there are some precondition responses.

You think there will be lots of prosthetics and you feel, ï¿½oh God, there are going to be these jump shots’. But the fact that it was being told through a story that held your attention made it more effective in reaching out to audiences,” said the National Award winning actress while talking about the factors that drew her towards the project.

Directed by debutant Terrie Samundra, the film also features Sanjeeda Shaikh, and Satyadeep Mishra. It will release on October 30.  (Agency)