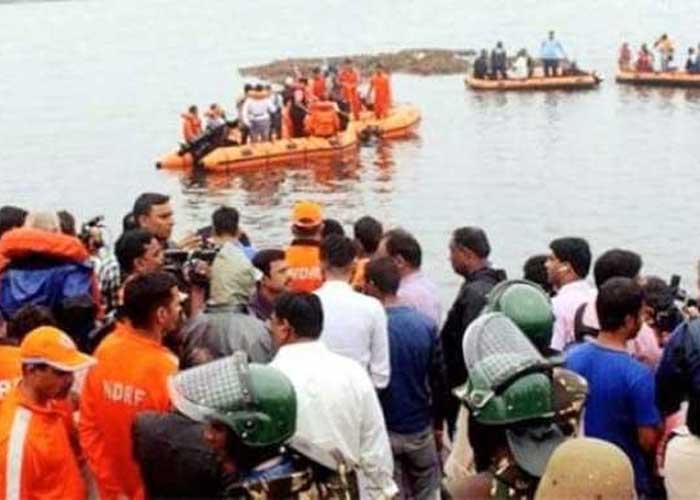 At least 12 persons were killed and many others were missing as a boat with over 60 tourists capsized in Godavari river in Andhra Pradesh’s East Godavari district on Sunday, officials said.

Locals rescued 24 people while search was on for others.

The boat was carrying 63 tourists and nine crew members.

A majority of those on the boat operated by a private operator were from Telangana. Officials said 22 of the tourists from Hyderabad and 14 from Warangal.

The boat was operated despite floods and in violation of safety guidelines of the Tourism Department.

Andhra Pradesh Chief Minister Y. S Jagan Mohan Reddy expressed his shock over the tragedy. He directed the officials to carry out rescue operations on a war-footing.

He asked them to use National Disaster Response Force (NDRF) teams, besides pressing into service Navy and ONGC helicopters in the rescue operations.

The Chief Minister also ordered all the available ministers in the district to rush to the scene and supervise the rescue work.

He directed the officials to suspend all boating services immediately in the region.

Jagan Mohan Reddy announced ex-gratia of Rs 10 lakh each for the families of the dead.

As reports suggest that boat was being operated without a license, Reddy asked officials to check for the licence of the boats and if adequate training was given to the staff or not.

The Chief Minister sought a complete report on the incident and directed framing of safety guidelines by an experts committee.

Telangana Chief Minister K. Chandrasekhar Rao also expressed his grief over the tragedy. Since there were people from Telangana among those dead, he instructed officials concerned to take the necessary action.

He also announced Rs 5 lakh ex-gratia for the kin of those dead.

Prime Minister Narendra Modi on Sunday expressed his grief over the boat accident.

“Extremely pained by the capsizing of a boat in Andhra Pradesh’s East Godavari. My thoughts are with the bereaved families. Rescue operations are currently underway at the site of the tragedy,” he said in a tweet.