Home Punjab Setback to BJP, LIP as half a dozen leaders join AAP 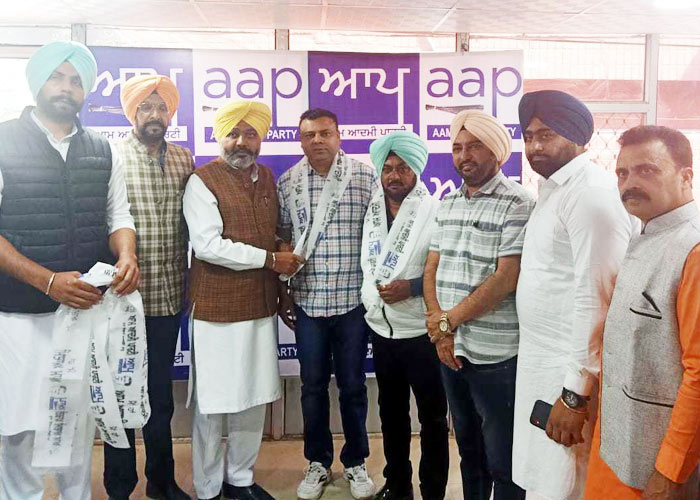 The historic win of the Aam Aadmi Party (AAP) in the-recently concluded Delhi Assembly elections, has re-enkindled much hope and enthusiasm among the people of Punjab to go the Delhi way in the state, exhorting them to join the AAP fold like never before.

Among those who joined the party fold from various parts of the state, on Monday, included Krishan Lal (Malout), who is currently area in charge of the Lok Insaf Party (LIP) from Malout. Sandeep Gupta (Ludhiana), Kuldip Singh, (Ludhiana) earlier a member of the LIP, Natraj Khurana (Ludhiana), Gurprem Sharma (Ludhiana), Ajay Atwal (Ludhiana), Arun Wadhwa (Fazilka), who is presently BJP MC from Fazilka.

The members, who joined the AAP, said they were highly impressed by the party’s stunning victory in the national capital and the lofty ideals the party had been following under the dynamic leadership of Arvind Kejriwal, exhorting them to join the party.

Extending a rousing welcome to the new members into the party fold, Leader of Opposition (LoP) Harpal Singh Cheema said that the new members would get due honour in the party and their services and experience would be utilized in strengthening the party base in Punjab.