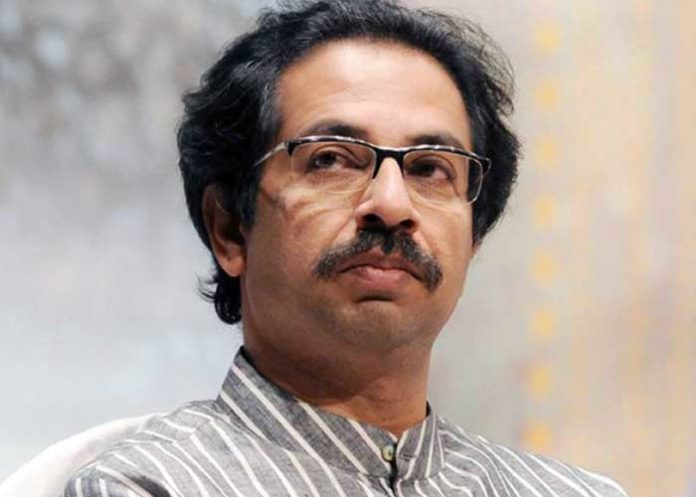 Over five decades after the Thackeray family lorded over the state from the famed ‘Matoshri’ in a shaded lane in Bandra east, the Shiv Sena‘s new Chief Minister Uddhav Thackeray will soon move to a new lair — ‘Varsha’ — the spacious official residence of the state Chief Minister in the picturesque Malabar Hill, dotted with VVIPs.

‘Varsha’ — barely a kilometre away from the Raj Bhavan and a stone’s throw off the historic Jinnah House, built by the founder of Pakistan, Mohammed Ali Jinnah — is surrounded by other posh bungalows, several skyscrapers.

Among those living in the vicinity are ministers, diplomats, leading industrialists, glamour personalities, scientists, top civil and government officials, scientists and the Syedna, who is the Dawoodi Bohra spiritual head.

The Shiv Sena founder, late Balsaheb Thackeray lived in ‘Matoshri’ for decades and it had become a virtual political hub — he was feared and revered in equal measure — though the party came to power for the first time only in 1995 in alliance with the Bharatiya Janata Party.

As the Thackeray Sr. loved to state often with a mischievous glint behind his dark-shaded eyes, he would function as the “remote-control” of the Sena Government — and which he did with elan.

The then Sena Chief Ministers — first Manohar Joshi, who later became Lok Sabha Speaker and then Narayan Rane, who later joined the Congress and later the BJP — were regularly seen paying obeisance at ‘Matoshri’, “oft quivering when the Tiger growled at them gently”.

Seven years after his passing away, something unimaginable happened on Thursday, when the first-ever Thackeray clan member Uddhav Thackeray became the Chief Minister, as the Sena went into rapturous celebrations all over Maharashtra.

Given state and security protocols, Thackeray would soon be required to shift from ‘Matoshri’ (Mother’s Blessings) to ‘Varsha’ (Rain or Benevolence) for the next five years.

Thackeray will be the new occupant of the sprawling 12,000 sq. feet ‘Varsha’ bungalow along with wife Rashmi, son Tejas and legislator son Aditya — both bachelors.

The former BJP CM Devendra Fadnavis had reportedly secured a three-month extension of stay and meanwhile was sworn-in for his second stint as CM which lasted barely 80 hours.

Currently, he is scouting around for a suitable residence since his wife Amruta is employed in a senior position with a private bank, while daughter nine-year-old Divija is preparing to step into high school soon.

According to a party source, Fadnavis, who is elected as the BJP Legislature Party leader, may even opt to shift to an official residence in case he becomes the Leader of Opposition.

As of now, the Thackeray ‘Tiger’ will have to cool heels in ‘Matoshri’ till the ‘Varsha’ bungalow – which has separate official and residential quarters for the state’s numero uno dignitary — is vacated.

Later, it is likely to go under the lens of his wife, Rashmi Thackeray, who would scrutinize it thoroughly, order touch-ups or a make-over, before the ‘muhurat’ to check-in there is finalized.

Incidentally, party insiders say that Rashmi Thackeray had fallen in love with ‘Varsha’ as she stepped inside it for the first time, some 25 years ago when Joshi was the Chief Minister, and secretly harboured dreams of making it as her own home some day…!

However, from November 29, Thackeray will move to a new workplace — the 6th floor office of Chief Minister in the Mantralaya, the state government headquarters at Nariman Point — from where he will drive the destiny of the state’s 12-crore soulsa.  (Agency)