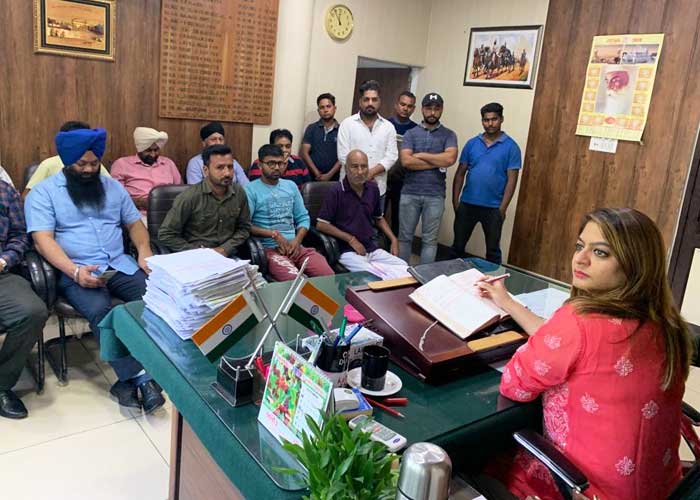 Secretary Regional Transport Authority Dr. Nayan Jassal today called upon the e-rickshaw drivers and owners to get their vehicles registered or face action for not complying with the norms.

The Secretary had a meeting with the with various stakeholders, drivers, agency sales people, union of e-rickshaws and others during which she made a fervent appeal to all of them to get their vehicles registered at the earliest.

She said that there were five genuine agencies which have trade certificate given by RTA office to sell e-rickshaws in the district.

Dr. Jassal said that there were around 125 e rickshaws that were plying in Jalandhar but only 80 out of them have been registered and have got the RCs where as the remaining one were moving without registration thereby flouting the norms.

The Secretary Regional Transport Authority said that this was intolerable and stern action would be taken against those taking the law for granted.

She said that the e-rickshaw owners need to register them by paying a sum of around Rs 3740 which include hypothecation fee, smart card fee, RC fee, MVI fee and others. Dr. Jassal said that late fee, if any, was also applicable on vehicles getting themselves registered late adding that insurance of the vehicles was also necessary.

The Secretary Regional Transport Authority said that e-Rickshaws were exempted from the Motor Vehicle Tax. She asked all the e-Rickshaw drivers and owners to come to RTA office with relevant papers and get their vehicles registered as soon as possible.

Dr. Jassal cautioned the e-Rickshaw owners that the department would soon start a massive checking drive of the vehicles and the e-Rickshaws without necessary documents would be impounded.