SC to hear plea on Ravidas temple on Monday 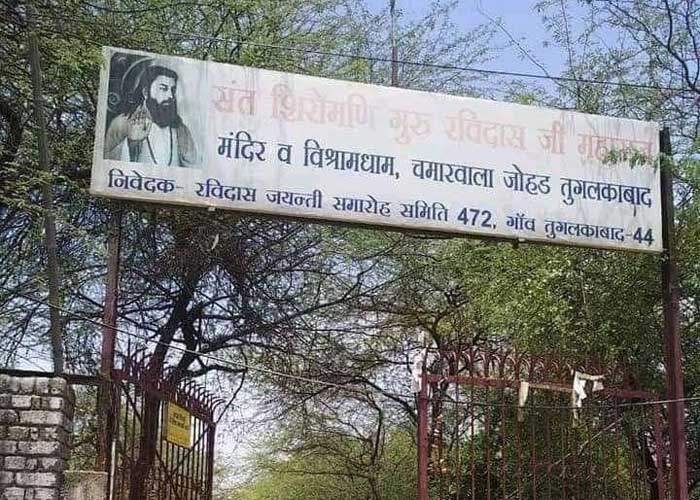 Seeking reconstruction of Guru Ravidas temple, demolished by on August 10 by the Delhi Development Authority (DDA), in the Tughlaqabad forest area, in the Supreme Court on Friday the petitioners said sentiments of over six crore followers of Ravidas were hurt.

The Bench headed by Justice R. Banumathi, which was hearing the petition filed by Ashok Tanwar, former Haryana Congress unit chief, and former Haryana Minister Pradeep Jain Aditya, said it would hear the plea on Monday.

However, the Bench asked the petitioners why they didn’t attach the Supreme Court August 9 order by another Bench, directing the DDA to demolish the temple. The petitioner said that he would file other documents related to case.

However, he submitted that he was not asking for land in the forest, but permission to worship in the land as his fundamental right was affected due to demolition of the temple.

In the plea they sought enforcement of the right to worship, which they argued had been denied to them due to the razing of the temple.

They claimed to be devotees of Guru Ravidas and sought restoration of the idol of the Guru removed from the site. They also claimed the land was given by Sultan Sikander Lodhi to Guru Ravidas in 1509.

They said the site was pious and being worshipped for 500-600 years. It was protected as per the provisions of the Places of Worship (Special Provisions) Act, 1991.  (Agency)