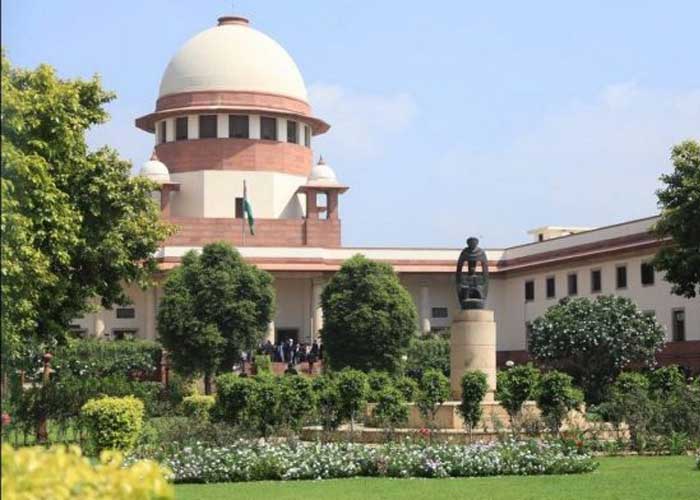 New Delhi, Oct 28, 2020-
The Supreme Court on Tuesday stayed an FIR registered against a journalist who covered the protests in Morena, Madhya Pradesh, in 2018.

It was one of the five FIRs registered against Yogesh Kumar Holkar, a journalist for local newspaper ‘Dainik Chambal Surkhi’, which were registered in a single day.

Holkar’s counsel Fuzail Ahmad Ayyubi contended before the bench that on the day of the incident, there was a protest march and a Bharath Bandh was called by the members of the SC/ST communities in Joura, district Morena. Though the protest was otherwise peaceful, certain unruly elements indulged in violence and damaged several properties.

Ayyubi added that Holkar was covering the protests along with other journalists on the spot.

“The petitioner also did his duty as a citizen by timely updating the concerned police officers of the situation in order for them to take appropriate action. The petitioner also tried to pacify the crowd on April 2, 2018, by warning them against taking law in their hands and to maintain discipline,” Ayyubi said.

He added that this was corroborated by several police officers who were present on that day. However, later Holkar learnt that as many as five FIRs have been registered against him, implicating him as a participant in the protest.

Holkar had argued before the Madhya Pradesh High Court seeking a fair investigation into the FIRs and alleged that he was implicated due to a previous animosity with the town inspector, added Ayyubi. Holkar’s name was dropped from investigation into four FIRs.

An inquiry ordered by the high court found that Holkar had nothing to do with the vandalism, instead he was covering the protest as a journalist. Holkar approached the high court seeking to quash one of the fove FIRs where a chargesheet had been filed before the inquiry cleared him.

The high court had denied to quash the FIR stating that the trial had already commenced. The apex court, while hearing the appeal, considered the inquiry report and the manner in which he had been implicated. The top court issued a notice in the FIR and also directed a stay on further proceedings in the case. (Agency)