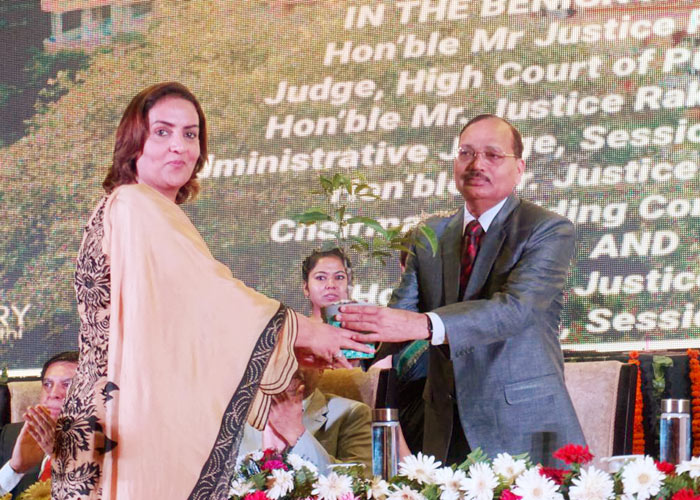 Apart from above dignitaries other Judicial Officers of the District, members of District Bar Association, officers of the Administration and Police Officers also attended the occasion.

He stated that the total covered area of the building was 1,54,611 square feet wherein the area of the courts and the Ramp was 1,31,775 square feet. Area measuring 11,583 square feet was the green area and area measuring 11,253 square feet was meant for use by the general public and of the total covered area the ADR Centre was setup in 8,152.5 square feet. It was also informed that the new building was constructed at the expense of total Rs. 26.87 crore and Rs. 23.57 crore of the total expense was incurred on the construction while Rs. 3.30 crore was invested in purchasing of furniture for the new complex.

Later, a cultural function was also organised at Guru Nanak Bhawan, here, where the judges also addressed the gathering.