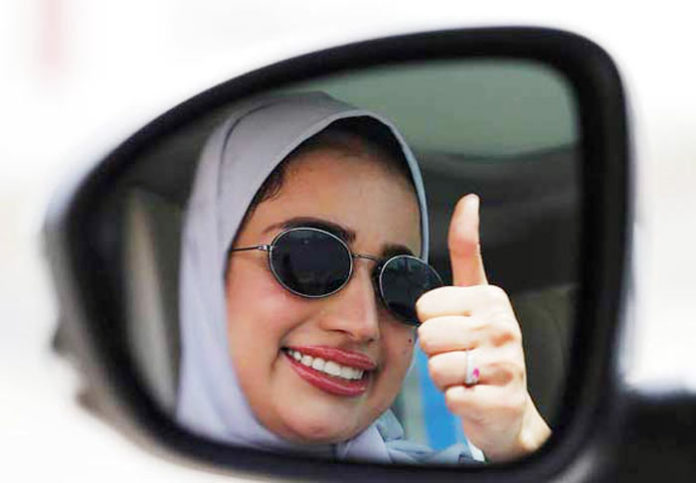 Women in Saudi Arabia will no longer require a permission from a “male guardian” to travel or obtain a passport, a move that marks a significant loosening of the kingdom’s strict restrictions on females.

The decision was hailed by Saudi women, with prominent influencer and talk show host Muna AbuSulayman tweeting: “A generation growing up completely free and equal to their brothers.”

The royal decrees, signed by King Salman bin Abdulaziz and published by the official Saudi Gazette on Friday allow all Saudi women to apply for passports “like all citizens” and for women aged 21 and above to travel independently.

Saudi Arabia has long been under scrutiny over its treatment of women in the kingdom, with activists saying they were often treated as “second-class citizens”.

Previously women had to seek approval from a male guardian — – a husband, father or other male relative — in order to obtain a passport. Women without a passport of their own were instead given a page in their male guardians’ passports, making it impossible for them to travel without guardian accompaniment.

The new reforms are part of Crown Prince Mohammed bin Salman’s plan to modernize Saudi Arabia and relax the conservative social code. Driving ban on Saudi women was lifted in 2018. Reforms have also seen the introduction of the kingdom’s first movie cinemas and first concerts.

The reforms will come into effect at the end of August and according to the Saudi Ministry of Information, these are part of the kingdom’s “efforts to promote women’s rights and empowerment, equal to men”.

Other changes issued in the decrees allow women to register a marriage, divorce or child’s birth and be issued official family documents. The reforms also stipulate that a father or mother can be legal guardians of children.

The decision follows a series of attempts by women to escape abroad from the kingdom. In 2018, authorities arrested many of the country’s most prominent female campaigners in a sweeping crackdown on activists.

Many Saudi women took to Twitter to welcome the move. The first woman to become an envoy for the kingdom, Saudi Ambassador to the US Reema bint Bandar Al Saud, tweeted: “I am elated to confirm that KSA will be enacting amendments to its labour and civil laws that are designed to elevate the status of Saudi women within our society, including granting them the right to apply for passports and travel independently.”

“These new regulations are history in the making. They call for the equal engagement of women and men in our society. It is a holistic approach to gender equality…,” she said in another tweet.

Another user said: “This is a historic change for entire Saudi society to help their economic freedom move forward.”

Dr Anwar Gargash, the UAE’s Minister of State for Foreign Affairs, congratulated Saudi Arabia on its “confident steps towards development and modernization”.