Home Punjab Sarkaria directs Drainage department to plug all breaches in Shahkot within a... 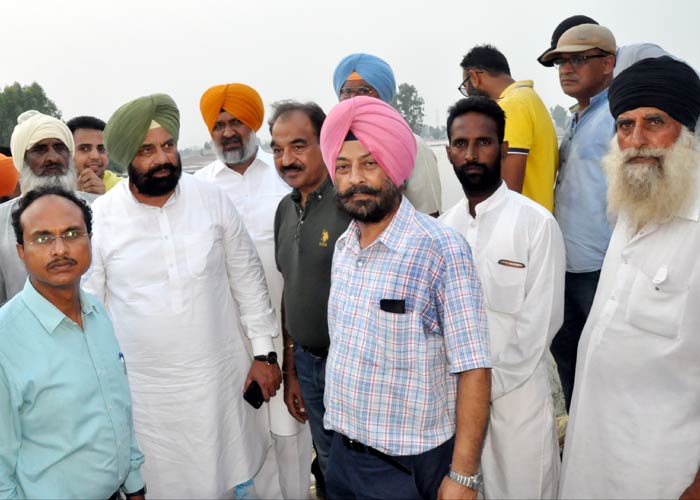 Water Resources Minister Mr Sukhbinder Singh Sarkaria today directed the officers of Drainage department to complete the ongoing work to plug all the breaches in Shahkot Sub Division by next week.

The Minister, accompanied by MLA Mr Hardev Singh Laddi and Deputy Commissioner Jalandhar Mr Varinder Kumar Sharma, inspected the ongoing work to plug the breach at village Jania. He said that apart from Jania the work on plugging all the 11 breaches in Shahkot would be completed by the coming week. Mr Sarkaria said that the work for plugging these breaches has been started on war footing and would be completed very soon.

Expressing satisfaction over the ongoing pace of work, the Minister directed the officers to further expedite the work so that it could be completed at the earliest. Mr Sarkaria said that no stone should be left unturned to plug this breach at the earliest. He said that the work was going on in full swing under the direct supervision of the Army.

The Minister said that the state government led by Punjab Chief Minister Captain Amarinder Singh was committed for providing relief to the flood hit Sub Division.

He said that massive efforts were afoot for ensuring that normalcy was restored at the earliest in these villages. Mr Sarakaria said that he was personally monitoring the entire work regarding the plugging of breaches in the Sub Division.

Earlier, the MLA and Deputy Commissioner briefed the Minister about ongoing work and relief work being carried out in marooned villages.