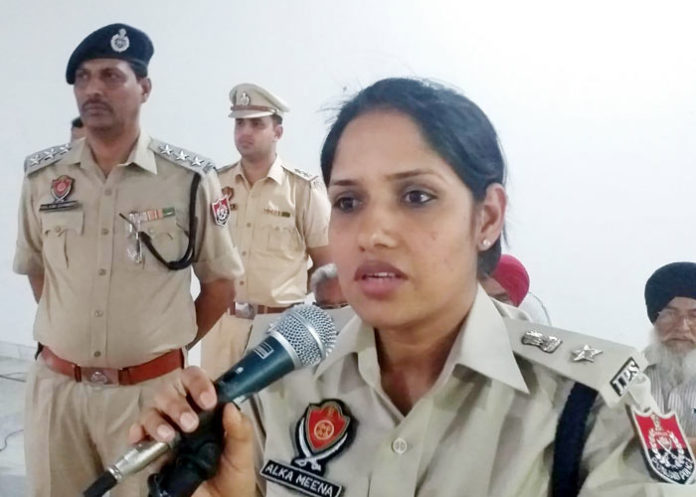 Divulging details , she said that earlier the people of rural area used to resolve their issues amicably by making a gathering of the residents. Now a days, these gatherings may also be successful tool to sensitise the people indulged in drugs. “District police would go to every affected village by the way of ‘Sanjhi Sath’ to save the youth from the clutches of drugs”, she added. The social gatherings may be fruitful for the purpose, she further added.

During her first visit of ‘Sanjhi Sath’ she called upon the residents and panchayats of the nearby villages present, to come forward against the drug peddalers by giving the information on whatsapp number 83608-33805.

She also appealed them to bring the addicts to the nearby OOAT Centers for getting free treatment. She also directed the SHOs of the district to hold such ‘Sanjhi Sath’ programmes in their areas to shun the impact of drugs and to make their areas drug free.

She also exhorted the panchayats to provide play grounds to the village youth so that they could participate in sports events instead of indulging in drugs. He gave them assurance of coperation in making these play grounds functional.

Superintendent of police (Investigation), Wazir Singh while addressing the gathering, cautioned the residents to help the drug victims of others families too by helping them to shun the habit of drug, instead of hiding the information. He said that if one would not help the others, they may be the next target of the menance.

SSP also lent ears to the grievances of the residents and directed the police officials to take appropriate action on these. Others who were present there included DSP Nawanshahr Kailash Chander, DSP (H) Navneet kaur Gill and other dignitaries of the nearby villages.