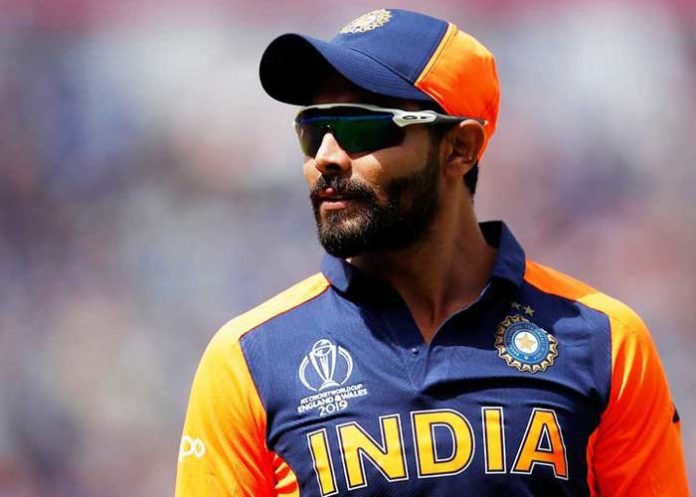 Former India batsman-turned-pundit Sanjay Manjrekar called Ravindra Jadeja a “street-smart” cricketer during India’s World Cup match against Sri Lanka, looking to bury the hatchet from his end after he infuriated the all-rounder by terming him as a ‘bits and pieces’ cricketer.

“Jadeja is a quick bowler and this is a pitch that’s going to turn,” Manjrekar said on air for Star Sports as India restricted the Lankans to 264/7 in 50 overs.

Jadeja, playing for the first time this World Cup in place of Yuzvendra Chahal, returned figures of 1/40 in 10 overs. He took the wicket of Kusal Mendis.

“Of the three spinning options India have – Kuldeep Yadav and Chahal have been the game-changers for India in the middle in the last 18 months.

“Come the semi-finals and finals, although he has been one with the higher average, Kuldeep and Chahal get more wickets, and have their average as a result under 30. India are assuming they are going to play England at Edgbaston, a small ground where the ball will turn for the spinners.

“They won’t have the heart to play both wrist-spinners especially the way England played those two wrist-spinners in the last game so I see Jadeja as a good compromise, a good option. He can keep the runs down when the pitch is turning.”

“He will be a force.. just have to contend with people like Morgan and Stokes. So Virat Kohli will have to bowl him at the right time as well,” Manjrekar added.

Earlier, speaking to IANS, Manjrekar had said on the eve of the Bangladesh game that he still wanted to back Chahal and Kuldeep Yadav despite their poor outing against England. Reacting to this, Jadeja has asked the expert to “learn to respect” people.

“Still i have played twice the number of matches you have played and i m still playing. Learn to respect ppl who have achieved.i have heard enough of your verbal [email protected] (sic.),” he wrote on Twitter.

Asked if the way both Chahal and Kuldeep went for runs was another pointer that the team could think of playing someone like Ravindra Jadeja, Manjrekar had begged to differ.

If Australia beat South Africa in the other game at Manchester, India will remain second in the points table and take on third-placed England in the semi-final. If the Aussies lose and India beat Sri Lanka, Virat Kohli and Co. would topple the Aussies and go to the top of the table, hence facing fourth placed New Zealand in the last-four stage.  (Agency)