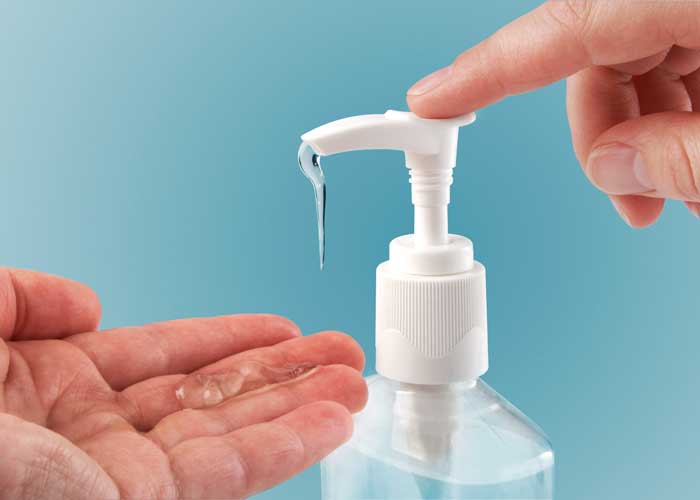 Amid the ongoing debate over goods and services tax (GST) rate on hand sanitisers, the government on Wednesday clarified alcohol-based hand sanitisers will continue to be levied at the standard rate of 18 per cent as the product is a disinfectant like soaps and not a medicament.

With the Consumer Affairs Ministry having classified hand sanitisers as essential commodities in wake of Covid-19 pandemic, there had been a demand from certain sections of the industry, particularly liquor and sugar sectors, to classify sanitisers in the medicament category attracting lower 12 per cent duty.

“It is stated that hand sanitisers attract GST at the rate of 18 per cent. Sanitisers are disinfectants like soaps, anti-bacterial liquids, Dettol etc, all of which attract duty at the standard rate of 18 per cent under the GST regime,” a Finance Ministry statement said.

“It is further clarified that inputs for manufacture of hand sanitisers are chemicals, packing material, input services, which also attracts a GST rate of 18 per cent. Reducing the GST rate on sanitisers and other similar items would lead to an inverted duty structure and put the domestic manufacturers at disadvantage vis-a-vis importers,” the statement added.

Earlier, the Goa bench of the GST Authority for Advance Ruling (AAR) also held that the alcohol-based hygiene products will attract 18 per cent GST. It added that its classification as an essential commodity cannot be a criteria for exemption from GST. The order came on a petition from Springfields (India) Distilleries over classification of the hand sanitiser and the applicable rate of GST.

The clarity has also come in wave of reports of large-scale tax evasion reported by the Central Economic Intelligence Bureau (CEIB) with certain new manufacturers of sanitisers paying 12 per cent GST due to the wrong classification instead of the actual 18 per cent.

In fact, the CEIB, which comes under the Department of Revenue, in a recent communication to the Directorate General of GST Intelligence, has said that some manufacturers of alcohol-based hand sanitisers are resorting to “non-payment” or “evasion” of CGST and SGST by paying 12 per cent GST due to the wrong classification instead of the actual 18 per cent.

Following the letter from the CEIB and the directive for immediate action, the Directorate General of GST Intelligence has prepared a list of 62 manufacturers and suppliers of the alcohol-based hand sanitisers and analysed them.

The Finance Ministry said that lower GST rates help imports by making them cheaper, and this is against the nation’s policy on Aatmanirbhar Bharat. Consumers would also eventually not benefit from the lower GST rate if domestic manufacturing suffers on account of inverted duty structure, it said. (Agency)