Home National Sam Pitroda scores a self-goal as Mani Shankar Aiyar did in 2014... 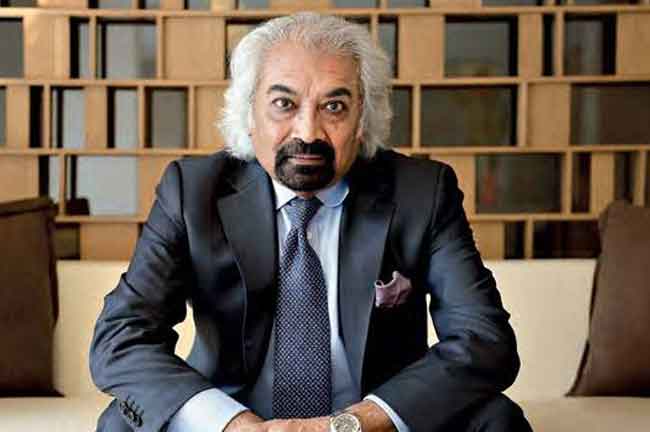 After Congress leader Mani Shankar Aiyar scored a self-goal in the 2014 Lok Sabha elections by calling Modi “chaiwalllah”, party leader Sam Pitroda appears to have done the same with his controversial remarks concerning the 1984 anti-Sikh riots ahead of crucial polling for Lok Sabha elections in Delhi, Haryana, Punjab and Himachal Pradesh.

The BJP seized on Pitroda’s “1984 hua to hua” (it just happened) remarks with Prime Minister Narendra Modi leading the attack.

Addressing an election meeting at Rohtak in Haryana, Modi slammed the Congress for its arrogance.

“One of the top Congress leaders said the 1984 riots just happened (‘Hua to Hua’). These three words sum up the arrogance of the Congress. The leader is close to the Gandhi family, a good friend of (the late) Rajiv Gandhi and a ‘guru’ (mentor) of Rahul Gandhi,” Modi said without naming Pitroda.

He said while hundreds of Sikhs were burnt to death, “the Congress is saying ‘Hua to Hua’.”

“We demand that Sonia Gandhi and Rahul Gandhi must apologise for the worst comments made by Sam Pitroda which has hurt the people of the country,” Union Minister Prakash Javadekar told the media.

After a controversy erupted over his remarks, Pitroda accused Bharatiya Janata Party of twisting and distorting his comments to divide the people and hide its failures.

“I acknowledged the pain of my Sikh brothers and sisters during difficult times in 1984 and deeply feel for the atrocities that happened. But these are things from past that are not really relevant to this election which is all about what Modi government did for the last five years. Rajiv Gandhi and Rahul Gandhi will never target a group of people based on their creed,” he said in a series of tweets.

Reacting to his clarification, Javadekar said that Pitroda’s explanation was even more dangerous as he acknowledged the pain of the Sikh community while saying it was not relevant today.

Though Pitroda subsequently apologised and said his remarks had been blown out of proportion, the damage had apparently been done.

Pitroda had given some anxious moments to Congress last month also when he had said “burden of party’s ambitious Nyay – Nyuntam Aay Yojana – will have to partially borne by the middle class. “Taxes may go up a little bit. But I don’t think that it is a major issue. Let’s not worry about that,” he had said.

The BJP immediately pounced on Pitroda’s remarks and the Congress later clarified that the middle class will not be taxed while implementing Nyay which promises to provide Rs 72,000 annually to the poorest 20 per cent households.

Ahead of 2014 election, Congress leader Mani Shankar Aiyar had taken “chaiwala” jibe at Modi, saying he sold tea in his childhood. Modi was then BJP’s prime ministerial candidate.

Aiyar had said that Modi can sell tea but can never become prime minister.

BJP had capitalised on Aiyar’s remark to boost Modi’s growing popularity by organising ‘chai pe charcha’ in different parts of the country.

Last month, actor-turned-politician Shatrughan Sinha, who moved to Congress from BJP, had created a controversy saying that Pakistan founder Muhammad Ali Jinnah was part of Congress family. He later clarified that it was a slip of the tongue and that he actually wanted to say Maulana Azad.  (Agency)