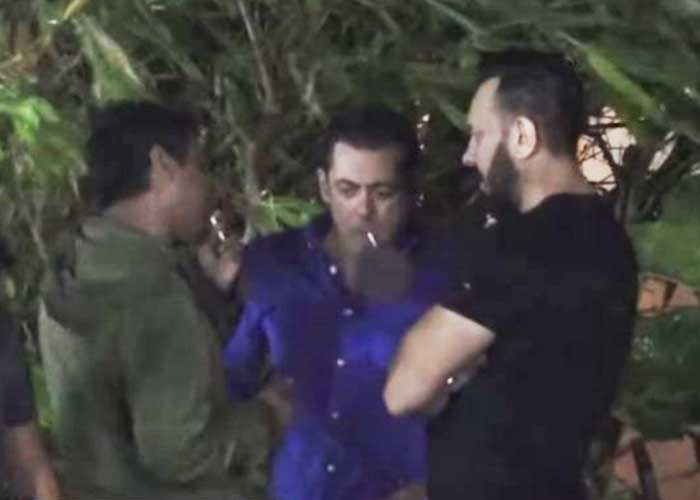 Superstar Salman Khan has a strong army of fans who will go to any extent to defend him no matter what he does, but they are also the ones who point out his mistakes. This time, some of his fans have objected to him smoking during Ganesh festival.

A video of the actor that has gone viral online shows him smoking a cigarette. According to reports, it was taken during a Ganpati utsav hosted by his sister Arpita.

According to “filmibeat.com”, some fans commented on the video by saying, “Brother, be ashamed.”

A few days ago, a video showing Salman performing Ganpati Aarti along with brother Arbaaz had also had also gone viral. While some questioned him for participating in the festivity because he is Muslim, others appreciated it.